Former Rolling Stones bass guitarist Bill Wyman is selling off part of his vast archive of music memorabilia, including the 1962 amplifier that helped him clinch his audition for the British rock band.

“I wanted to keep a few things so [my newborn son]would know I was once in a band,” the bassist says, “and we made a record and were on TV once or were played on the radio twice, since that is all we thought it would be in those days.” 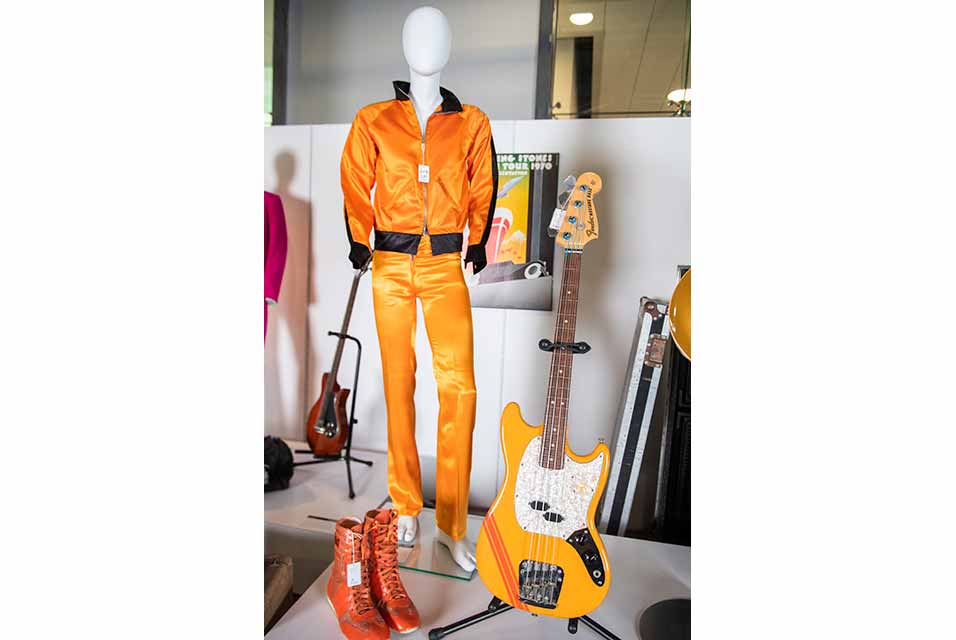 The three-day music auction event honoring the legendary Rock and Roll Hall of Fame inductee, English musician, record producer, songwriter and singer, Bill Wyman, broke world records. The top selling item was a 1968 Gibson Les Paul Standard Model Gold Top guitar and case used by Brian Jones in The Rolling Stones Rock and Roll Circus concert show and film in December 1968 and on other recordings and sold for $704,000, three and a half times its estimate of $200,000. (Artdaily)

The 1969 Fender Mustang Bass with a Competition Orange finish designed by Leo Fender before he left the company, used by Wyman on The Stones’ concerts and recordings in 1969 and 1970 and exhibited at the O2 Arena Rock Exhibition in 2010, sold for $384,000. The sale marked a new world record for the most expensive bass guitar sold at auction which was previously held by Julien’s Auctions’ 2013 sale of a left-handed Hofner bass guitar presented to Paul McCartney in 1964, selling for $204,800.

Another top moment of the auction was the highly anticipated sale of Wyman’s 1962 VOX AC30 Normal model amplifier which sold for $106,250. It set a new world record for most expensive amplifier at auction which bested the combined sale of two amplifiers owned by David Gilmour sold at auction in 2019 for $77,000. This historic and famous amplifier, used extensively by the Rolling Stones, was one of the reasons why Wyman was asked to join the band during his audition.

“Collecting and archiving has been one of the greatest pleasures of my life and will undoubtedly be one of my legacies,” Wyman said in a statement.

One of the most interesting items in the May 29-31 auction in Beverly Hills is the 1962 Vox AC30 amplifier that then 26-year-old Wyman brought to his audition for the Rolling Stones at a London pub in 1962.

According to Wyman, band members Keith Richards and Mick Jagger were impressed with the amp. “They had horrible amps so they were very happy about that. I bought a round of drinks for everyone and offered cigarettes and of course they jumped immediately because they all smoked but couldn’t afford them,” Wyman recalled in a 2008 interview.

“It has been a privilege to explore Bill’s vast and unseen archive and piece together his incredible life,” the filmmakers said in a statement, via Variety. “We are thrilled to be working with the fantastic team at Sundance Selects to bring this unique and compelling project to the screen.”

Wyman revealed he was diagnosed with prostate cancer last March. In 2015 he released Back to Basics, his first solo album in more than three decades.