Trending
You are at:Home»News»Bruce Springsteen “I’m a beach rat. I grew up on the shore.”

The Zoom interview to Springsteen featured a small number of journalists from all over Europe.

Springsteen was joined for a time by Thom Zinny, his main audio visual collaborator in recent years.

Zinny also made a film to accompany Springsteen’s wonderful 2019 release, Western Stars, a solo collection with orchestral settings and very few E-Streeters in sight. In fact, the last time the E-Streeters and their boss played together was in 2016 and the last time in the studio together was 2014’s High Hopes.(irishtimes.com)

It’s fall here but I go swimming in the ocean until late in the season cause I’ve always enjoyed the ocean. So a good dip in the October ocean wakes me up and cheers me up.“I’m a beach rat. I grew up on the shore, the wind and sand and surf, and though I don’t surf anymore, I did for quite a while. The ocean and that part of the natural world always brightens me up. And then my kids cheer me up . . . so it’s just life going on.”

So what was the catalyst for these two projects?

“I felt like I wanted to do a record with the E-Street Band,” says Springsteen, “but I hadn’t written any E-Street Band songs in about seven years. That happens sometimes. I’d written a lot of other music, made Western Stars and Wrecking Ball but not music that was specifically written for the band. So no matter how many times you’ve done it, you’ve always got the anxiety, can I do it again, because you don’t know whether that particular muse is going to visit you or not.

So over the summer [of 2019]I visited a friend of mine [George Theiss] who was very ill. He and I were the last two members of my first band [The Castiles] left alive. And he passed away a few days after I saw him, which sort of left me remaining as the last surviving member of my very first band. Which felt rather unusual. Most of the other guys died rather young. So I began to write with that as my background referring back to incidences as far back as when I was 14 and as present as to today. (Last Man Standing was the first song he wrote for the album.) 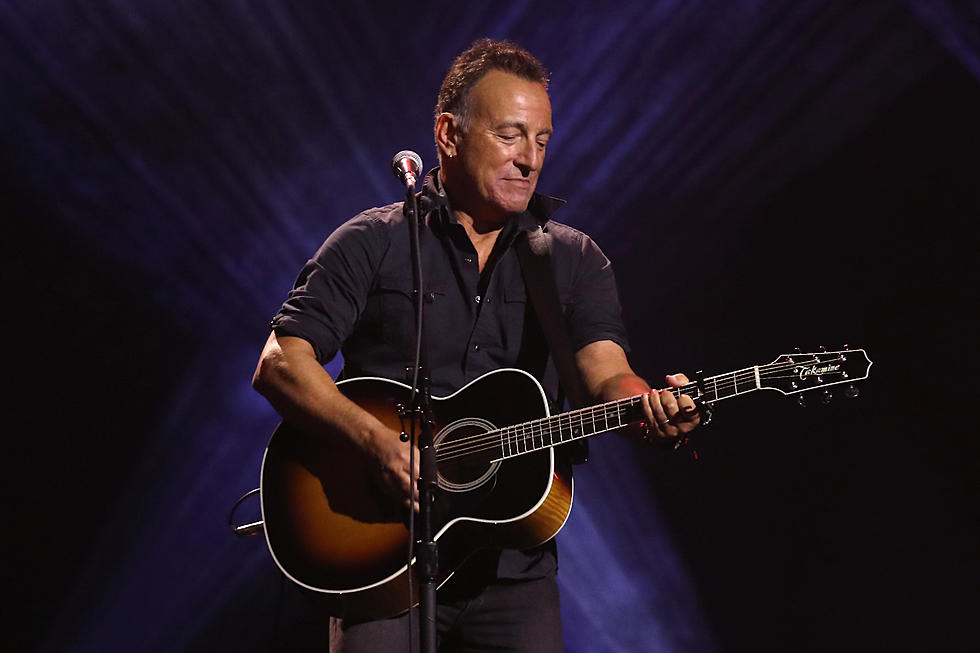 Letter to You was recorded live, all the band playing together in the studio, the years apart surrendering to warm familiarity. It is a wonder watching them all ease into a groove.

“Live is always immediate,” says Springsteen. “Immediate is always exciting, exciting is good. So you get a freshness. You make your entire record and before you get tired of it it’s done

“Coming out of the stage door there is about 20 feet to the car. And there are fans out there every night. I got to the car and there is a guy standing there with a guitar. I’m used to people being there with guitars, sign this sign this, so I just said man, I don’t sign any guitars. And he says ‘no, this is for you. I’m giving this to you.’ And I looked at it and it looked like a pretty nice guitar.

“We talked for two seconds. I think he said it was a very finely made guitar, and I just took it and got in the car. I brought it home and set it in my living room. It sat there for quite a while, beautiful wood. I strummed it a few times, excellent sound, played excellently.“And I said jeez, this is a really comfortable guitar to play, and I picked it up and over the next 10 days practically all the songs for the album poured out. So it was a nice little piece of magic, that that guitar was holding all those songs in there and by the time I picked it up in 10 days I had the album.”