The rock star, 71, read a poem from Elaine Griffin Baker, condemning Mr Trump’s running of the country. Bruce Springsteen’s “Letter to You” album  is out  from October 23rd.

His White House has “no art, no literature, no poetry, no music”.

We are lost. We’ve lost so much in so short a time.
On November 3rd, vote them out.

Springsteen said: “There are no images of the First Family enjoying themselves together in a moment of relaxation. “No Obamas on the beach in Hawaii moments, or Bushes fishing in Kennebunkport. No Reagans on horseback, no Kennedys playing touch football on the Cape.

Reading from Baker’s poem on his From My Home To Yours radio show on SiriusXM, he said: “We used to have a president that calmed and soothed the nation instead of dividing it, and a First Lady who planted a garden instead of ripping one out.

“We are rudderless and joyless. We have lost the cultural aspects of society that make America great.

He lamented an alleged lack of humanity from Mr Trump, saying there was an absence of warmth when compared to previous administrations.

Ghosts is the second cut from ‘Letter To You’, his new album with the E Street Band that’s due to land on October 23. The first was the title track.

“’Ghosts’ is about the beauty and joy of being in a band and the pain of losing one another to illness and time,” said Springsteen. “’Ghosts’ tries to speak to the spirit of the music itself, something none of us owns but can only discover and share together. In the E Street Band it resides in our collective soul, powered by the heart.”

Bruce Springsteen says he has “a lot of projects” in the works for the near future, including full-length “lost albums” to release from his archives.

Springsteen announced new album ‘Letter To You’ last week, his first with The E Street Band since 2014’s ‘High Hopes’.

Speaking about the new record in an interview with Rolling Stone, Springsteen also discussed other upcoming

While citing “a lot of projects” that are in the planning, Springsteen said: “There’s a lot of really good music left. You just go back there. It’s not that hard. If I pull out something from 1980, or 1985, or 1970, it’s amazing how you can slip into that voice. It’s just sort of a headspace. All of those voices remain available to me, if I want to go to them.”

The interview also reveals that the future projects will feature full-length pieces from the star’s archives, and that he has full-length “lost albums” which he plans to release in the future. 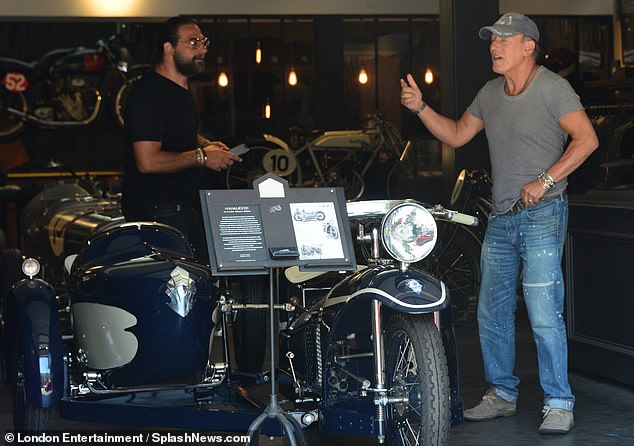 Back in 1956, Burt Lancaster starred as Bill Starbuck, a con man, in a classic movie called “The Rainmaker.” (Katharine Hepburn was his co-star.) The description: “During the Depression, a con-man promises rain to a desperate drought-ridden Kansas town and marriage to a local desperate spinster.” as Showbiz411 reports

Is “Rainmaker” a clever metaphor for Trump? Could be. A “rainmaker” is also a term for Wall Street stars who earn lots of dough for their clients through sometimes shady investments.

No one’s heard Bruce’s song yet. Fans are finding the lyrics in a promo for Bruce merch bundles. The lyrics book is suspiciously open to the page with “Rainmaker.”

Letter To You is Bruce Springsteen’s twentieth studio album. It will be officially released on 23 Oct 2020 on Columbia Records. It consists of 12 tracks, all written by Springsteen, and clocks at 58:17. The album was officially announced on 10 Sep 2020. In the press release, it was described as “a rock album fueled by the band’s heart-stopping, house-rocking signature sound.”

Three of the album’s twelve tracks are new recordings of unreleased songs that Springsteen wrote in the early seventies. The remaining nine were “recently written,” as per the album’s press release. On 05 May 2019, during the opening night of Netflix’s third annual FYSEE event in Los Angeles, Springsteen sat down for a long conversation with director Martin Scorsese. “I’ve spent about seven years without writing anything for the band,” Springsteen told Scorsese at one point. “I couldn’t write anything for the band. […] And then about a month or so ago, I wrote almost an album’s worth of material for the band. And it came out of just… I mean, I know where it came from, but at the same time, it just came out of almost nowhere. And it was good, you know. I had about two weeks of those little daily visitations, and it was so nice. It makes you so happy.”

Slow moving wagon drawing through a dry town
Painted rainbow, crescent moon and dark clouds
Brother patriot come forth and lay it down
Your blood brother for king and crown
For your rainmaker

Watch Springsteen’s   26-minute address to Boston College starting the speach by wryly noting that he does not possess a college degree, graduating instead from the ‘school of hard knocks… I regret missing out on college. It’s going to be unforgettable and the time of your life.” (Americansonwriter.com)

You can read the full transcript of Springsteen’s convocation at Jay Lustig’s NJ Arts website here.