Trending
You are at:Home»Fashion»Tony Visconti on how David Bowie and John Lennon wrote US No 1 Fame

David was terrified’: the inside story of how Bowie met John Lennon
A new BBC interview with producer Tony Visconti retells the awkward encounter that led to the creation of David Bowie and John Lennon’s US No 1 Fame

“If he created a formula, he certainly wouldn’t use it a second time. Bowie was not only a songwriter, he was an innovator on every level. He was a great dancer, he was an actor. More than just a rock star.”

Speaking on the programme Bowie: Dancing Out in Space, airing on BBC Radio 4 and 6Music on 10 January to mark five years since Bowie’s death, Visconti, who produced 11 of Bowie’s studio albums, tells the story of how the pair met in a New York hotel room, ahead of their collaborations on Bowie’s 1975 song Fame and his cover of the Lennon-penned Beatles song Across the Universe. (TheGuardian.com)

“He was terrified of meeting John Lennon,” says Visconti, who was asked by Bowie to accompany him and “buffer the situation”. He added:

About one in the morning I knocked on the door and for about the next two hours, John Lennon and David weren’t speaking to each other. Instead, David was sitting on the floor with an art pad and a charcoal and he was sketching things and he was completely ignoring Lennon.

So, after about two hours of that, he [John] finally said to David, ‘Rip that pad in half and give me a few sheets. I want to draw you.’ So David said, ‘Oh, that’s a good idea’, and he finally opened up. So John started making caricatures of David, and David started doing the same of John and they kept swapping them and then they started laughing and that broke the ice.

Bowie remembered that he and Lennon “spent endless hours talking about fame, and what it’s like not having a life of your own anymore. How much you want to be known before you are, and then when you are, how much you want the reverse: ‘I don’t want to do these interviews! I don’t want to have these photographs taken!’ We wondered how that slow change takes place, and why it isn’t everything it should have been.”

Visconti says the pair’s “great friendship” was settled from then on. A week later, Bowie called Lennon to invite him to play on the Across the Universe cover; following the recording, a jam they worked up together became Fame, co-written with guitarist Carlos Alomar. TO READ THE FULL ARTICLE CLICK HERE

The story of Bowie’s Young Americans: cocaine, no sleep and deep soul.
‘His eyes didn’t look healthy but his voice might be better than on any other album’ – pianist Mike Garson and guitarist Carlos Alomar recall the sessions that featured soul greats like Luther Vandross and visitors John Lennon and Bruce Springsteen. 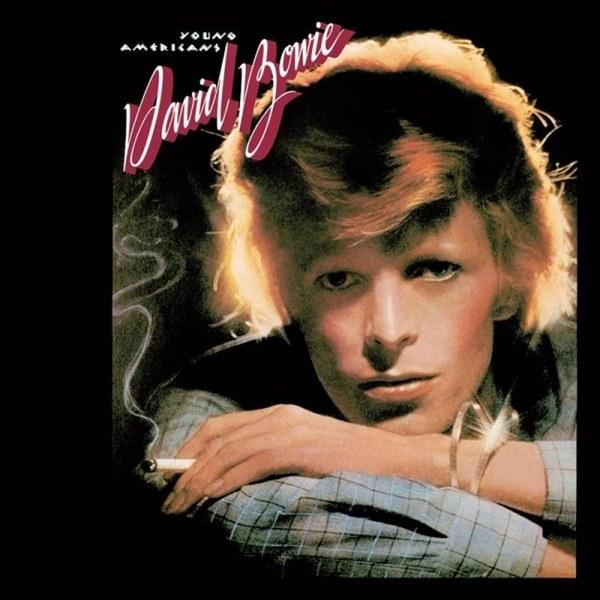 “Everything started at the Lulu sessions,” Alomar says today. “I invited him to come to my house because he was just 98 pounds and I’m talking about very translucent white skin, so he just looked like ‘you need a home-cooked meal’. One day I heard the intercom and it was Bowie’s bodyguard saying ‘Mr Bowie is here to see Mr Alomar.’ Robin [Clark, Young Americans’ backing singer] and I and he had a great meal. We talked about everything. He was very interested in the Chitlin’ Circuit, the Apollo Theatre, Harlem and all that. We actually took him to the Apollo where I was playing with The Main Ingredient [fronted by Cuba Gooding Sr]and introduced him to Richard Pryor, who was hanging out.

To read Cocaine, no sleep and deep soul: The story of Young Americans CLICK HERE