At the top of the hourlong iHeart Living Room Concert for America, host Elton John alerted fans that he was streaming from the one home that he doesn’t have a piano in. But, as it turned out, John is never too far away from a keyboard.

After a series of performances from Billie Eilish and Finneas, Alicia Keys, Dave Grohl, Mariah Carey and more, the legend said “I lied” as he was suddenly shown sitting behind the keys. He explained the keyboard belonged to his sons, who take lessons on it, and made sure to clarify, “I don’t normally play a keyboard like this. 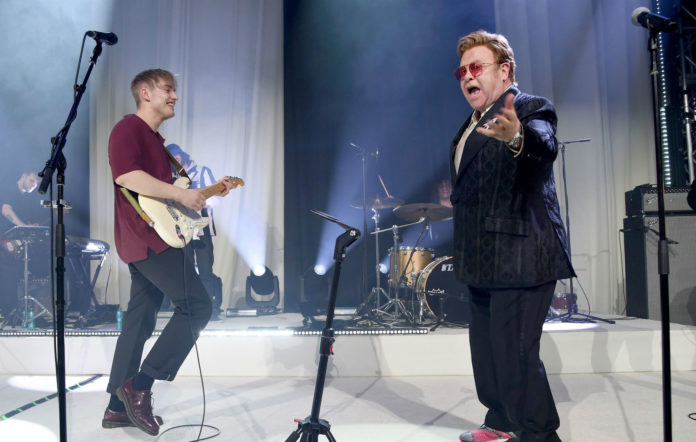 “Here we are together at home, you’ve got your family and loved ones and I’m keeping mine close too. We’re taking care of each other, looking out for each other, doing what we can during this crisis. There’s a lot of grief out there, uncertainty and fear, but let me tell you what’s going to keep us together: all the goodness that’s still happening in the world, those doctors, nurses and scientists on the frontline, they’re living proof that most superheroes don’t wear capes.”

His speech was just the start of an absolutely incredible night. And like he said, “Since we’re all hunkered down together until those days greet us again, we thought that we’d put on a little show for you!” During the one-hour TV special, he introduced amazing performances from Mariah Carey, Billie Eilish, Backstreet Boys and more.