Elton John’s ex-wife, Renate Blauel, has launched legal action against the singer at the high court, 32 years after their divorce.

The German-born sound engineer, who has stayed out of the spotlight since her split from John in 1988, is seeking an injunction against the singer.

The reason for the injunction application, which was filed last week, is unclear, but it’s a move often taken in relation to privacy matters or to prevent publication of material.

Blauel’s lawyer told The Guardian she was hoping to resolve the case “amicably”. John’s representatives declined to comment. 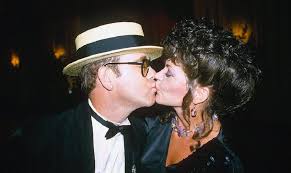 John, who was married to Blauel for four years from 1984, has previously spoken of his “huge guilt and regret” over the hurt he caused in the relationship.

Blauel has rarely been heard from in public since the divorce, although there was renewed interest in her relationship with John after it was briefly depicted in last year’s biopic Rocketman, in which she was played by Celinde Schoenmaker.

John is named as the defendant in the legal filings. His representatives declined to comment on the case.

The reason for the injunction application is unclear, but the approach is often taken in relation to privacy matters or to prevent publication of material.

Blauel’s lawyer confirmed she had filed the paperwork. He declined to expand on why she had felt the need to seek a high court injunction against her ex-husband after decades of silence, but said she was “hoping to resolve it amicably”.

In his autobiography, published last year, John describes his agony at his divorce from Blauel and his struggle to accept his sexuality.

“I’d broken the heart of someone I loved and who loved me unconditionally, someone I couldn’t fault in any way,” he wrote. “Despite all the pain, there was no acrimony involved at all. For years afterwards, whenever something happened to me, the press would turn up on her doorstep, looking for her to dish the dirt, and she never, ever has: she told them to leave her alone.”

In the book he said he had very limited contact with Blauel following the separation. “I saw her once after we divorced … When I had children, I invited her to [John’s home] Woodside because I wanted her to meet them; I wanted to see her, I wanted her to be part of our lives, and us part of hers, in some way,” he wrote. “But she didn’t want to, and I didn’t push the issue. I have to respect how she feels.”