Trending
You are at:Home»Fashion»Gwen Stefani Behind-the-Scenes of New Christmas Song-Video

Gwen Stefani has released a charming new video for her recent holiday song, “Here This Christmas.”

Gwen Stefani has released a charming new video for her recent holiday song, “Here This Christmas.”

Recorded over various studio sessions, the clip offers a behind-the-scenes look at the making of the track and features Stefani working with co-writer and producer, OneRepublic’s Ryan Tedder. To add a little requisite seasonal flavor to the clip, some digital snow is superimposed over footage of Stefani belting the song in the booth.

Stefani released “Here This Christmas” last month. The track will serve as the theme song for this year’s Hallmark Channel “Countdown to Christmas” programming. It also appears on the new deluxe edition reissue of Stefani’s 2017 holiday album, You Make It Feel like Christmas, which includes a new version of the Christmas staple, “Sleigh Ride.” 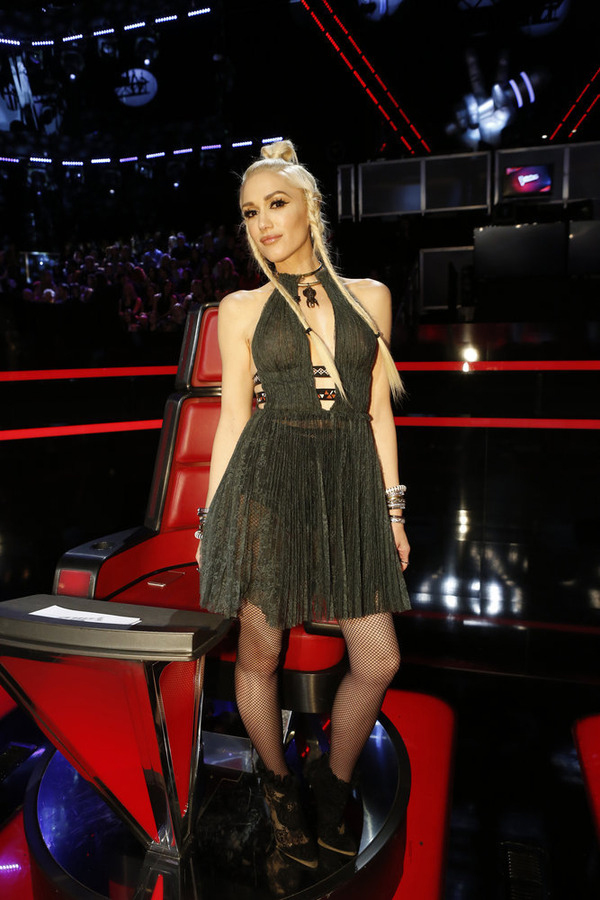 Back in July, Stefani and partner Blake Shelton shared a new song, “Happy Anywhere.” The musician was also featured on Mark

Also on the new Holiday Albums chart, Alabama’s American Christmas debuts at No. 4, Fantasia’s Christmas After Midnight enters at No. 4, and Elvis Presley’s Elvis Christmas With the Royal Philharmonic Orchestra bows at No. 6.

Upcoming holiday album releases include Sia’s Everyday is Christmas (due Nov. 17), Lindsey Stirling’s Warmer in the Winter (Oct. 20) and a deluxe reissue of Pentatonix’s Billboard 200 No. 1 effort A Pentatonix Christmas (Oct. 20).

“I love the idea of being a part of the joy of Christmas,” Stefani tells EW. “And I love the idea of having a record that will be an annual thing. I really hope we hit on something that people want to hear every year. That would be the fantasy: to be Mariah Carey.” Below, EW caught up with the No Doubt frontwoman to talk about collaborating with boyfriend Blake Shelton, breaking down genre boundaries — and, surprisingly, what role wildebeests played in the writing of this new record.

Gwen Renée Stefani  born October 3, 1969) is an American singer, songwriter, fashion designer, actress, and television personality. She is a co-founder and the lead vocalist of the band No Doubt that experienced major success after their breakthrough studio album Tragic Kingdom (1995) along with various successful singles, including “Just a Girl”, “Don’t Speak”, “Hey Baby”, and “It’s My Life”. During the band’s hiatus, Stefani embarked on a solo pop career in 2004 by releasing her debut studio album Love. Angel. Music. Baby. Inspired by pop music from the 1980s, the album was met with both critical and commercial succes (Source Wikipedia)