Trending
You are at:Home»News»Julian Lennon Talks About His Film “Kiss The Ground”

Rebecca and Josh Tickell, along with music royalty, Julian Lennon, have worked tirelessly to produce the film, Kiss the Ground, an important documentary coming to Netflix on September 22nd.

This film takes a close look at our earth’s most powerful unsung hero, our soil. We quite literally cannot live without it.

Kiss the Ground – Tribeca Film Festival 2020
Great to see that a Documentary I LO❤️E, and Exec Produced, along with many others, selected to Premier at The Tribeca Film Festival.https://t.co/8EsutKzxbM#KissTheGround #LOVE #WhiteFeatherFoundation #ConserveLife #Tribeca2020

Julian Lennon is a Grammy-nominated singer-songwriter, photographer, documentarian, philanthropist, and New York Times bestselling author of Touch the Earth. Born in Liverpool, England, Lennon is an observer of life in all its forms developing his personal expression through his artistic endeavors. In 2007, Lennon founded the global environmental and humanitarian organization The White Feather Foundation, whose key initiatives are education, health, conservation, and the protection of indigenous culture. 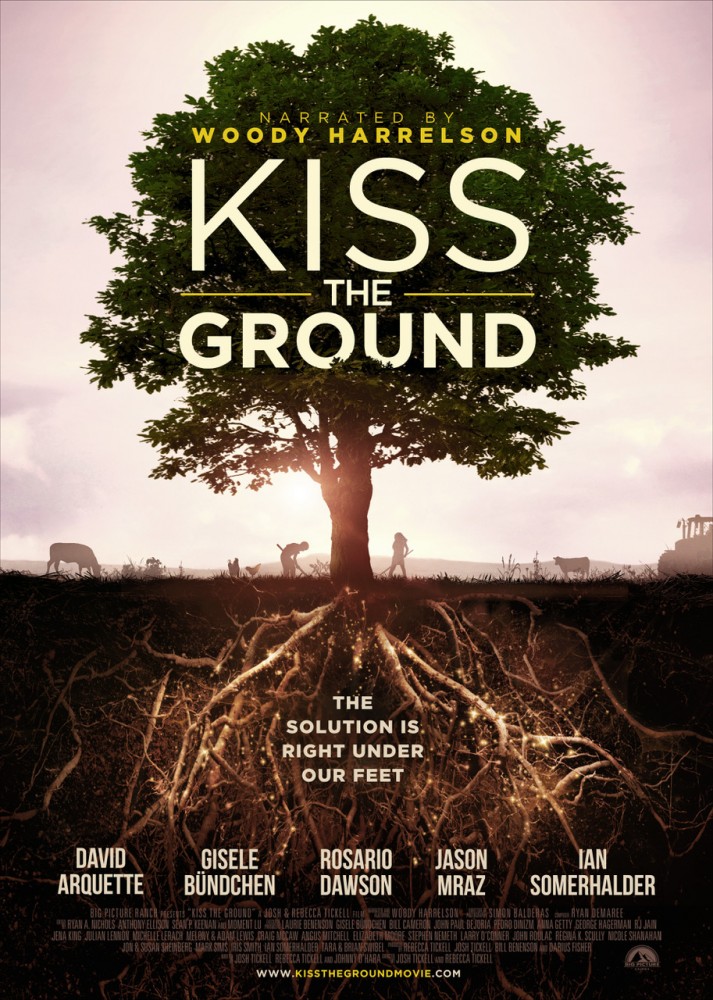 Lennon’s latest project is the film, Kiss the Ground, where he came on board as the film’s Executive Producer, ensuring the project had the talent, funding and resources it needed to be seen by as many of us as possible. Filmmakers Rebecca and Josh Tickell are tireless and extraordinarily gifted documentary filmmakers who co-wrote and co-directed Kiss the Ground, and as Rebecca Tickell explains, “Due to COVID-19, never has there been a time on our planet when wellness has been such a priority for so many. When most of us think about wellness we think of our own bodies. It is easy to miss that our wellness is a function of the ecosystem we live in.”

Julian, who’ll turn 57 in April, recently appeared in the new documentary, John & Yoko: Above Us Only Sky, which chronicled the sessions for his father’s 1971 Imagine album.

Q: You had a regular routine of recording, releasing an album and touring. What’s ahead?

A:Moving forward, I’m not sure I’m gonna do an album. Albums, for me, were really a journey. A collection of songs that were connected in one way, shape or form. A lot of heart and soul went into those. With the way things are today, I’d be much happier—I’d be able to live emotionally more stable—if I’d just release a song or an ep. I can feel that I can just let certain things go that way.

A: You have to find your own way. They’re all strong, young, smart lads. They’re true artists. They love their work. They love writing and going on the road.

Sean’s an amazing guitarist. He’s coming along fantastically as a singer and songwriter, too. That excites me. We’ve talked about working together; I’m sure we will. One day. I can’t give too much away! I’d love to work with him; I think we have the same sensibilities in many respects. There’s certainly a love of music and melody and interesting chord changes, which is my cup of tea. We’ll do what just feels right. I’m looking forward to it.

Q: What was your experience like performing on stage in your early twenties with many of your father’s peers, for Chuck Berry’s 60th birthday celebration and documentary, Hail! Hail! Rock ‘n’ Roll?

A: I was shy… so shy… I was terrified. It was an honor. I had to push myself to do this kind of stuff. Most of the lads took me under their wing, for which I’m forever grateful, because there were some great players in that band. My experience with Chuck was very interesting because we had rehearsed one thing but I didn’t know this about Chuck… we only had two runs at the show for the film. The one that was the most energetic and the craziest one.

Chuck and I had rehearsed particular harmonies but you can see in the film, as we come into the second verse, he’s gone off on a different key. And I’m a young performer. I don’t even know what the hell I’m doing there! I’m being filmed… with this band… in front of several thousand people, and I don’t know what I’m doing!

Now Ringo was doing the All-Starr Band thing as a big event on the last night. I hadn’t seen him for 20 years, 30 years. I ran into him way back when in London in an old club called Tramps back in his drinking days. And we didn’t have the best communication skills at that point and I walked away from that feeling a bit disheartened and down.

He didn’t remember that—which is fine and I understand that. It’s all been cleared up now. Joe, in fact, got Ringo to come over after his show and he didn’t know I was there and we actually looked at each other and it was like long-lost family, in fact. We just hugged and embraced. Everything that I had felt bad about… it was out the window and that was that. It was great to see him again. 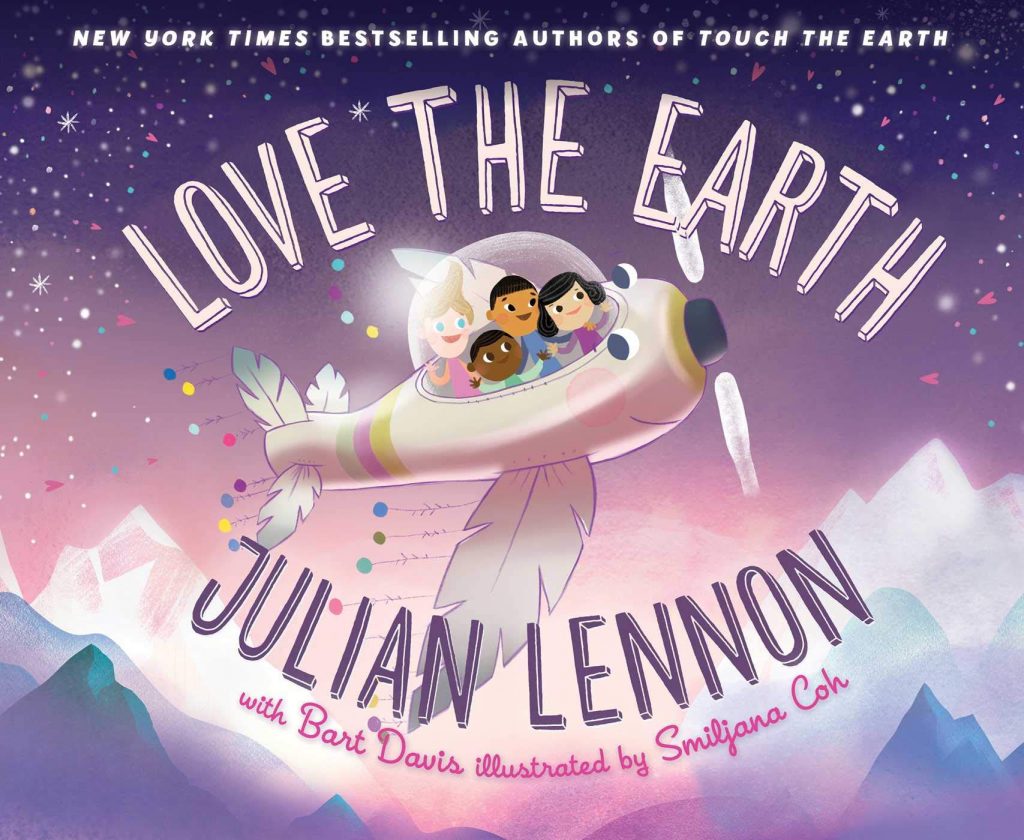 Jump aboard the White Feather Flier, a magical plane that can go anywhere on Earth! This time, Lennon’s book immerses children into an interactive and unique journey where they can: