Keith John Moon (August 23, 1946 – September 7, 1978) was the drummer of the rock group The Who. He gained notoriety for exuberant drumming and his destructive lifestyle.

Moon joined The Who in 1964, replacing Doug Sandom. He played on all albums from their debut, 1965’s My Generation, to 1978’s Who Are You, which was released two weeks before his death.

Moon is known for innovative, dramatic drumming, often eschewing basic back beats for a fluid, busy technique focused on fast, cascading rolls across the toms and cymbal crashes. Moon was one of the first to play drums as a lead instrument in an era when drums were supposed only to keep the back beat. He is regarded as one of the greatest and most distinctive rock drummers.

In their early performances, the Who developed their aggressive style, which often involved them destroying their instruments on stage at the conclusion of a performance. Moon was a very enthusiastic, although not very good, singer. The rest of the band members banned him from singing on their albums, which resulted in a game whereby Moon kept trying to sneak into recording sessions.His determination to add his voice to Who songs led other members to banish him from the studio when vocals were recorded. 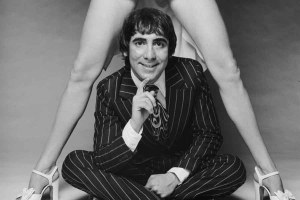 Keith Moon destroyed so many hotel rooms that the incidents tend to blend together into one big ball of devastation.

One incident that particularly stands out, however, occurred on the afternoon of August 25th, 1972, when the Who were staying at a luxurious hotel in Copenhagen, Denmark. Moon, fascinated by the waterbed in his suite, attempted to enlist Pete Townshend to help him lug its water-filled mattress into the elevator, whereupon they would send it down to the lobby; unfortunately, it burst before the 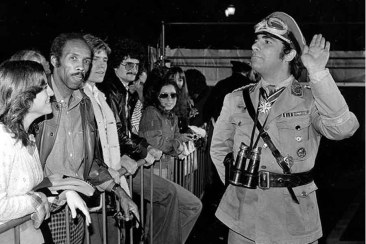 y could extricate it from its frame, unleashing foot-high waves out into the hallway. It looked like the Who were about to be on the hook for tens of thousands in damages, but Moon (realizing that the best defense was a good offense) quickly rang the manager, told him that the bed had burst and destroyed all of

his expensive stage clothes, and huffily asked what he planned to do about it. So good was Moon’s act that the manager not only apologized, but also moved him to the hotel’s antiques-filled Presidential Suite – which the Who, true to form, would completely demolish later that night.

Moon died unexpectedly at the age of 32. On September 7, 1978, after celebrating the release of The Buddy Holly Story at a party thrown by Paul and Linda McCartney, Moon returned home with his girlfriend, Annette Walter-Lax. He died later that night of an overdose of Clomethiazole (Heminevrin), a drug prescribed to help wean him off alcohol.