Trending
You are at:Home»Fashion»Keith Richards: ‘I’m different from a lot of people’

Sometime over the weekend, depending on when they hopped into the private plane with the lips logo on the side to fly from Ontario to Washington, D.C., Keith Richards might have sidled up to Mick Jagger to bring up an important issue: whether the Rolling Stones will play their cover of Don Covay’s “Mercy, Mercy” at FedEx Field.(Excerpt from Washington Post TRIB-to read the fulla rticle click here) 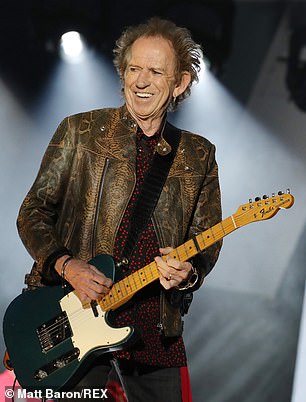 That may not seem like a big deal, unless you consider that, for the 3,198 times Jagger and Richards have played “Jumpin’ Jack Flash,” “Brown Sugar” and “(I Can’t Get No) Satisfaction,” Covay’s soul classic has been tabled — ever since the group’s free gig in London’s Hyde Park on July 5, 1969.

“We’re working that up,” says Richards, speaking by phone from Canada on Friday. “The main thing is you haven’t played it for 50 years. So I’m just looking for the opportunity on the set list to say to Mick, ‘Hey, today how about ‘Mercy’?” 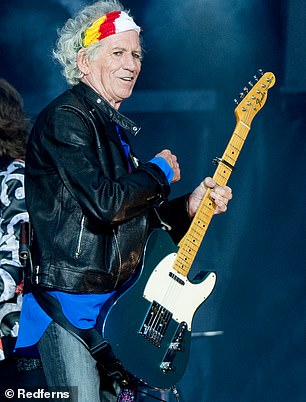 It has been a slightly rough road to this date, the fourth of 17 on the second leg of the band’s “No Filter” tour. Jagger’s heart surgery this spring pushed the concerts back from an April start, and also brought Richards a brief moment of contemplating a life without his compatriots — a reality, the 75-year-old says, “you kind of always know that could be coming.” But a series of Instagram posts made it clear that Jagger would be back, and he wouldn’t be gyrating from behind a walker. On June 21, at Chicago’s Soldier Field, the band — featuring core members Ron Wood and Richards on guitar and Charlie Watts on drums, as well as touring bassist Darryl Jones — played 20 songs, a concert bookended by “Street Fighting Man” and “Satisfaction.”

“As Ronnie and I often say to each other, let’s go onstage and get some peace and quiet,” Richards says.

There have been some changes over the years. Richards is off the hard stuff and, as the Daily Mail saw fit to print, he has ditched his bandanna and given his hair a slight brownish tint. But that doesn’t mean the onetime serial consumer heads to a Pilates class after soundcheck. He gets his exercise the way his heroes did: onstage.

“I have a beer occasionally, and that’s about it,” Richards says. “I live a normal life without being too preoccupied about my health. I find that what I do as a job actually is enough for me.”

He pauses and gives that Keef cackle, a laugh that falls somewhere between a pirate and a prep-school prankster.

“As you know, I’m different from a lot of people,” Richards says. – to read the full article click here Keith Richards last week had a  talk with Steve Jordan  and Little Steven about the making of Talk is Cheap.“I’d forgotten totally about them,” Keith Richards said in a recent phone interview from his home in Connecticut. “They came up while we were sifting through the vaults,” referring to versions he recorded of Willie Dixon’s “My Babe,” Eddie Taylor’s “Big Town Playboy,” another track titled “Slim” and one more simply labeled “Blues Jam.”