Trending
You are at:Home»Rankings»Jimmy Page recalls ‘Stairway to Heaven’, which turns 50 this year

Led Zeppelin’s fourth album has eight songs, all of them are huge, and one, “Stairway to Heaven”, frequently lingers near the top of lists of the Greatest Rock Songs of All Time.

Recorded at Headley Grange in Hampshire, Island Studios in London and Sunset Sound in Los Angeles, Led Zeppelin IV is the album that put Led Zeppelin into homes around the world, acting as a successful marriage of the hard rock from their second album with the folkier meanderings of their third. It is an album that demonstrates their subtlety and restraint as much as their stadium-filling grandstanding and it confirmed their superstar rock status.

The album was a commercial and critical success and is Led Zeppelin’s best-selling, shipping over 37 million copies worldwide. It is one of the best-selling albums in the US, while critics have regularly placed it highly on lists of the greatest albums of all time.

Recording sessions for the album began at Island Records’ Basing Street Studios, London in December 1970. The group had considered Mick Jagger’s home, Stargroves as a recording location, but decided it was too expensive. They subsequently moved the following month to Headley Grange, a country house in Hampshire, England, using the Rolling Stones Mobile Studio and engineer Andy Johns, with the Stones’ Ian Stewart assisting. Johns had just worked on engineering Sticky Fingers and recommended the mobile studio.

Page, though, was also looking to record on location with The Rolling Stones’ new mobile recording unit.“We started off doing some tracks at Island, then we went to Headley Grange,” he recalled. “We took the Stones’ mobile . It was ideal. As soon as we had an idea we put it down on tape.” 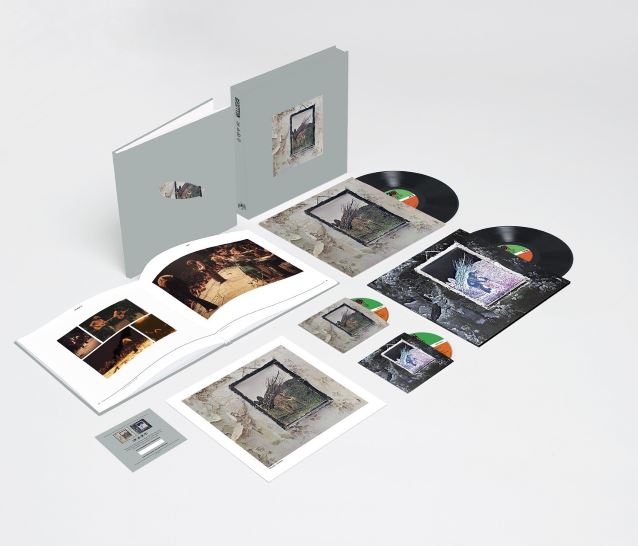 With immaculate playing (multi-instrumentalist John Paul Jones’ contributions are not to be underestimated, either), a mystically obscure sleeve, and a remarkable range of tunes, Led Zeppelin IV, is still, for many, the best example of the group’s craft. Robert Plant thinks so himself. He has been quoted saying, simply: “the Fourth Album, that’s it.”