29London’s best cinema seats are on rooftops, in hot tubs and with cocktails and street food,

Cinemas are so last season. From Jaws by a lake to Birdman on a roof, London is enjoying its movies alfresco this spring and summer. Here are are the best places to get your outdoor movie fix.

Why watch a film in the dry when you can get wet in a hot tub instead. This tropical-themed Shoreditch cinema experience lays on cocktails and tubs, and follows its films with a party to boot. 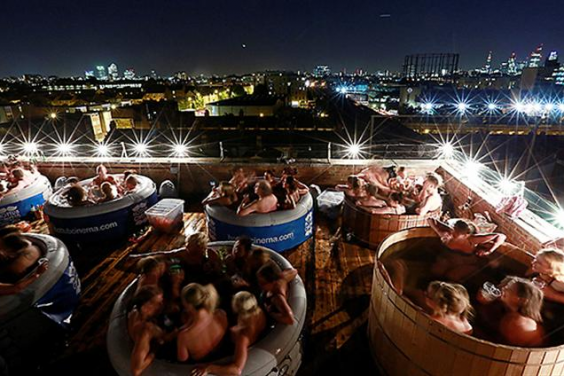 Serene Kensington Roof Gardens – complete with resident flamingoes – is bringing the rooftop cinema action out west. Doors open an hour and a half before the screenings start between 8.30pm and 9pm, allowing plenty of time to take in the sights and enjoy some free barbecue snacks. As at London’s other Rooftop Film Club events, you’ll be provided with comfy chairs and wireless headphones for top sound quality.

What’s on: Pretty Woman, The Imitation Game, Some Like It Hot and more

THE LUNA CINEMA
throughout July and August 2015

Fancy watching Jaws by the water at the Boating Lake in Regent’s Park or next to Brockwell Lido? Well, you can. Luna Cinema roams the capital putting on films in great – and often theme appropriate – outdoor locations.

What’s on: Birdman, Groundhog Day, Back To The Future and more 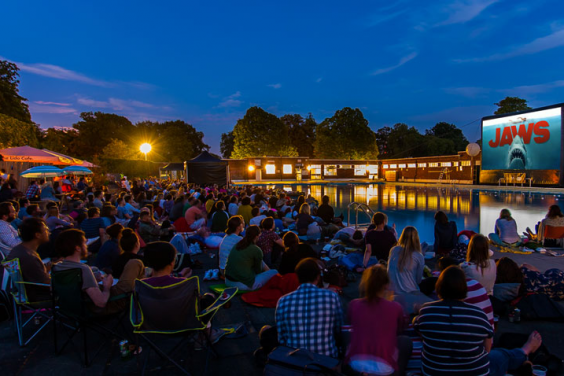 The movies that keep on moving – The Nomad Cinema pops up in all kinds of locations across town, from Hyde Park and Belgrave Square to Middle Temple and Brompton Cemetery.

What’s on: Priscilla, Queen of the Desert, The Usual Suspects and more

The top of the Bussey Building is hosting a south London outpost of the Rooftop Film Club this year. The bar is open from 6pm with screenings starting between 8.30pm and 9pm. Expect comfy chairs and wireless headphones for top sound quality.

What’s on: Top Gun, Dirty Dancing, Silence of the Lambs and more

The Pop Up Screens team bring their inflatable screens to some of London’s most picturesque green spaces, making for idyllic viewing experiences. Venues include Coram’s Fields in Holborn and Wormholt Park in Hammersmith. Tickets go on sale in mid-May.

The rooftop is open all day complete with a full bar and BBQ, so you can tuck in before the films start at 9pm. As at all Rooftop Film Club events, you’ll be provided with comfy chairs and wireless headphones for top sound quality.

What’s on: The Goonies, Dirty Dancing, Birdman and more 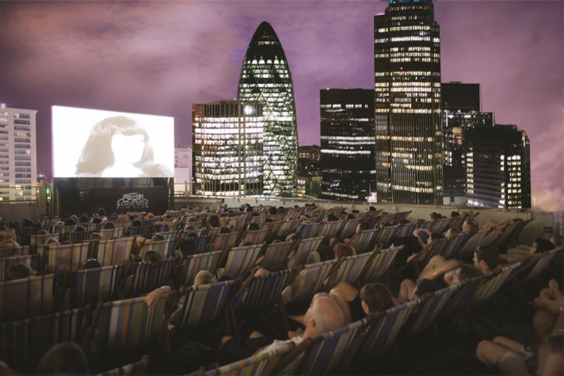 Seats and the City: Queen of Hoxton

This summer Covent Garden’s Royal Opera House will be broadcasting three performances live onto big screens across the country. Londoners can gather at Trafalgar Square to catch the free shows.

The impressive courtyard at Somerset House couldn’t be better suited to being turned into a summertime cinema. Arrive early and enjoy a picnic ahead of the screenings at 9pm. Tickets are available from May and it’s wise to book in advance.

What’s on: Withnail And I, Do The Right Thing, True Romance and more 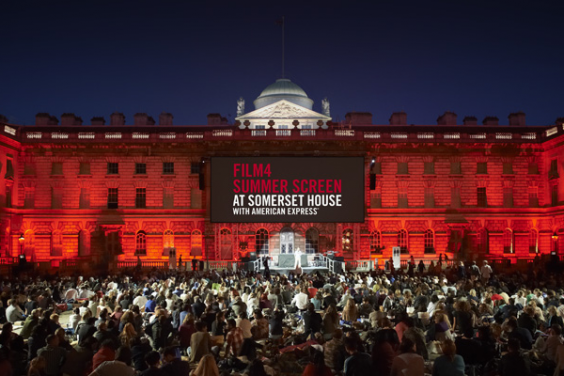 In the house: Film 4 Summer Screen

Roof East, atop a car park overlooking the Olympic Park, is offering regular screenings throughout the spring and summer. The Rooftop Film Club will provide seating and wireless headphones while Roof East will serve drinks from 5pm on weekdays and midday on weekends. Screenings start between 8.30pm and 9pm.

What’s on: Greece, Breakfast at Tiffany’s, Trainspotting and more

Need another reason to love London? How about the fact that it has a cinema barge. Set afloat Hackney’s canals, it first launched in 2012 as part of an Olympic arts initiative and is now annual. It will enjoy a two month run this summer, but details are yet to be announced.