Trending
You are at:Home»Fashion»Georgia May Jagger sizzles in lingerie for Victoria’s Secret

She’s got star quality in the genes, as the model daughter of Mick Jagger and Jerry Hall. 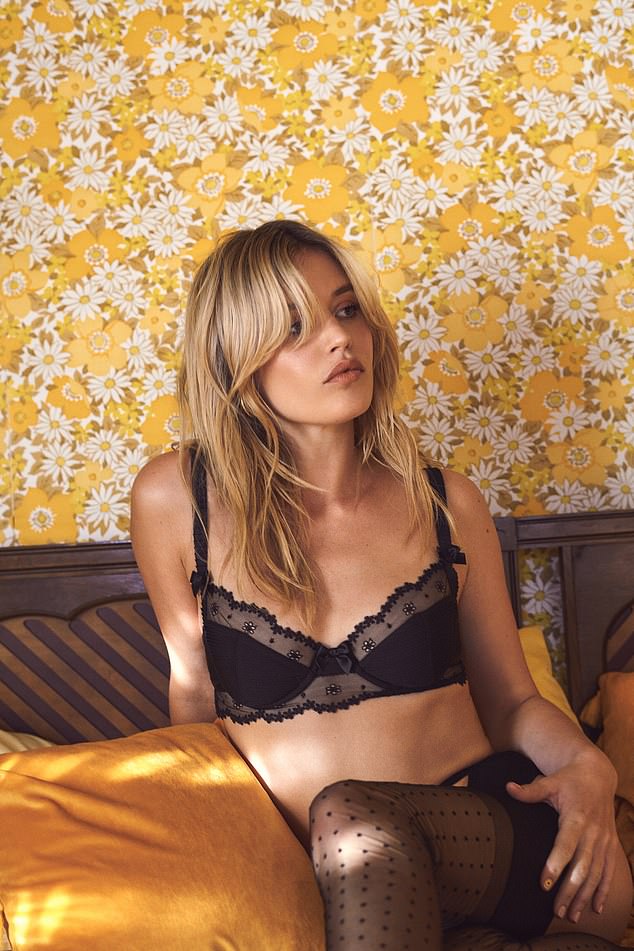 And Georgia May Jagger wows in her latest glam photoshoot, working with For Love & Lemons and Victoria’s Secret.Georgia flaunts her model looks in a pretty set of floral embroidered lingerie, posing up a storm in a ’60s styled house.

Another shot sees the blonde lounging on a bed, this time dressed in racy black lingerie and polka-dot stockings as she pouts for the camera.

Other photos are set in an American diner and out on the desert roads as the star shows off playful cherry-print designs and sheer ruffled pieces.

She is also preparing to launch her own range of skincare products in the spring of 2020.

Back in August, Jagger explained to THR.com that this time in her life is ‘a period of change for me after modeling for over a decade, to be in control of my own business, and that’s kind of what I always wanted to go into.’

The Jagger sisters already jetted into Melbourne onDecember 2019 to the event, which marked the opening of the exhibition Keith Haring and Jean-Michel Basquiat: Crossing Lines.( sources: theage.com – dailymail.co.uk)

The famous sisters, daughters of Rolling Stones rocker Mick Jagger  and Jerry Hall, wore show-stopping frocks at the event, held at the at the National Gallery of Victoria. 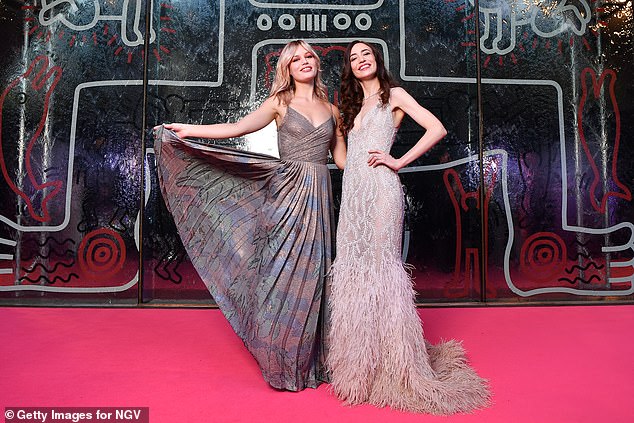 The blockbuster show celebrates the work of the 1980s artistic icons, who both died prematurely but in their short lives were influential on pop culture icons including Madonna and Andy Warhol.

A Polaroid portrait of the Jaggers’ mother, Jerry Hall, taken by Maripol, who was also responsible for Madonna’s Like a Virgin look, which features in the show.

Lizzy, who was born in New York in 1984 and is also a keen Polaroid photographer, said the exhibition reminded her ‘‘of when I was a little kid, seeing all of the street art downtown. ‘From the second you walk into the exhibition you’re welcomed back in time; it’s like a time machine.’’

Lizzy, 35, chose a stunning, sheer gown with a feathered train, in a muted lavender tone.

The dress was constructed of lace paneling with bejewelled embroidery throughout, in a delicate leaf pattern.

It ran to floor length and trailed behind her, as well as having a deep v-neck, showing off a hint of cleavage.