Trending
You are at:Home»News»Marianne Faithfull- Unvealed video lyrics of new song ‘She Walks In Beauty’

Marianne Faithfull and Warren Ellis new album ‘She Walks In Beauty’ -The spoken-word record will see Faithfull delivering her take on poets such as Byron, Tennyson and Keats

She Walks in Beauty’  it was written by Lord Byron after attending a party at Lady Sarah Caroline Sitwell’s on June 11, 1814, and falling under the spell of the beautiful Mrs Anne Beatrix Wilmot. It is reported that, upon returning to his rooms, he toasted her health, drained a tumbler of brandy, then sat and wrote the poem.

After battling Covid-19 for three weeks in hospital, Faithfull went on to finish her 21st solo album – and possibly her last. (Excerpt from the Guardian, to read the full interview click here)

She doesn’t remember anything about falling ill, or being rushed to intensive care: “All I know is that I was in a very dark place – presumably, it was death.”

Her memory, she says, isn’t what it was. “It’s wild, the things I forget,” she says. “Short-term. I remember the distant past very well. It’s recent things I can’t remember. And that’s ghastly. Awful. You wouldn’t believe how awful it is.”

The memory loss is a result of Covid-19. She was in something of a purple patch in her career when the virus struck last April, midway through recording her 21st solo album She Walks in Beauty,

The new collection of poetry and music is set for release on April 30 via BMG and was recorded shortly before and during the first coronavirus lockdown in the UK, when Faithfull herself contracted the virus.

Featuring contributions from the likes of Nick Cave, Brian Eno and cellist Vincent Segal, the record draws on Faithfull’s love of the English Romantic poets, which she initially developed during her A-Level studies in the 1960s.

1 She Walks in Beauty (Lord Byron) 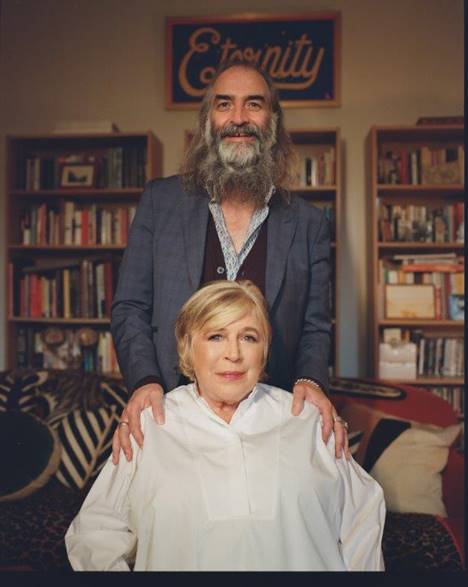 “They’ve have been with Marianne her whole life,” said Ellis. “She believes in these texts. That world, she inhabits it, embodies it, and that really comes through. She really means it. It’s no blind reading. And what’s great about hearing them is that she totally takes you with her. It’s inclusive. She’s inviting you into this world with her.

“She does that with a song too. I’ve seen her do things in the studio, deliver a vocal where there’s not one dry eye in the room. And then she’d go, ‘Was that alright?’. She’s got one of those voices. There’s just something about the way she can deliver that is incredibly affecting.”