Trending
You are at:Home»Highlight»Iggy Pop’s ‘The Passenger’ finally gets a music video 43 years later

The Passenger’ was the B-side to Pop’s song ‘Success’, the first single released from his second solo studio album ‘Lust For Life’ (1977). Until now the song didn’t have an accompanying music video.

Pop announced the video with a message on Instagram today (July 9): “So ‘The Passenger’ finally has an official video. Thank you @simontayl0r for your talent and thank you #EstherFriedman and @paulmcalpinerr for sharing images from the times of The Passenger.”

The New Museum—a contemporary art space in Manhattan (NY) has launched a new project by artist Maurizio Cattelan called “Bedtime Stories,” in which musicians, visual artists, and other notable figures in pop culture will read excerpts of their favorite books (or original material). (Pitchfork.com)

The New Museum has already posted the first entry on their website: It’s Iggy Pop, relaying a brief love letter to a long-lost dog.Listen to it here. 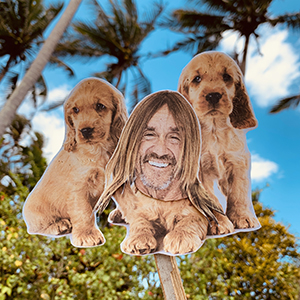 A seven-CD box set “The Bowie Years” exploring Iggy Pop’s Berlin-era albums is today announced for release on May 29 via UMe.
The box set features remastered versions of “The Idiot”, “Lust For Life”, live album “TV Eye” and rare outtakes, alternate mixes and a 40-page book. “Lust For Life” and “The Idiot” will also be released as standalone two-CD deluxe editions with bonus live CDs on the same date. The box set and albums provide a fascinating insight into the unique creative alchemy that defined the mythical Berlin-era of post punk and set the wheels in motion for a sound that went on to dominate the world, shaping popular culture for decades to come.