Trending
You are at:Home»Music»24 hours»Paul McCartney issues an exclusive interview on Billboard

Paul McCartney’s view of the Let It Be film seems to be changing, roughly 50 years after its original creation.

“Because it was so close to the Beatles’ breakup, my impression of the film was of a sad moment,” McCartney admitted during a conversation with Billboard. Now, with director Peter Jackson turning 58 hours of archival footage into a new Let It Be documentary, the perspective seems to be shifting. “The director tells me that the overall impression is of friends working together,” McCartney noted.

It’s hard to imagine Paul McCartney coming into the office. He has always been casually cool — first as a mop-topped Beatle, then as the laid-back leader of Wings, and most recently as a stadium-filling solo star. But on a recent sunny London Monday, in the Soho Square townhouse headquarters of his company MPL, there he is, humming to himself and dancing slowly across his cozy office — imposing desk on one end, comfortable sofa on the other — as a Wurlitzer jukebox plays “Friendly Persuasion” by Pat Boone. “I like the melody,” he says.

McCartney set up MPL, as The Beatles were breaking up, to run his own business out of a small office in this building (which he bought years later). At the time, music manager Allen Klein had taken control of Apple Records, the group’s company, and the resulting disagreements over financial and other matters were driving the bandmembers apart. “I just thought, ‘I’ve got to do my own little Apple,’ ” remembers McCartney.

He’s No. 1 in Billboard chart history with The Beatles — plus No. 12 on his own.

McCartney revealed that Frank Sinatra, Elvis Presley, Ray Charles and Marvin Gaye are among some of his favorite Beatles covers. McCartney also revealed that “Twist and Shout” was his favorite great cover done by the Beatles. “People think we wrote that,” he said. 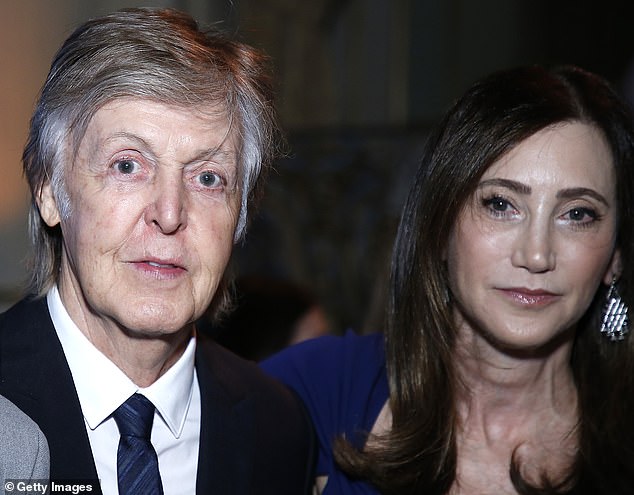 “I am still that little kid that grew up in Liverpool,” McCartney said. “I got really famous but I’m here. I’m still that little kid.” He went on to explain that he still doesn’t “believe” the level of fame he has cultivated in his career. “The way I think, just when I’m at home, I’m just slobbing out watching television. It’s kind of ‘him’ and me. Me is me, who was always in this body and the body’s just grown up. Then ‘him’ is like [a] famous guy. He’s very famous.” Does it surprise you that The Beatles are the highest-charting act in Billboard history?

That’s fantastic. They were a great group.

They? It was you!

They. You know, I wasn’t the group. We were a great group, though. The more I listen, the more I’m amazed, because a lot of that stuff was live. You listen to the Ed Sullivan performances and you think, “Wow.”

TONIGHT: Prepare yourself for a supersized interview with Paul McCartney!

So it matters to you that Egypt Station was No. 1?

Yeah. When you do something, you kind of do it for yourself, but at the same time, you want people to hear it and judge whether it’s any good. So you put a bit of effort into thinking, “How should we best do this?” And as time goes by and the parameters change, you think, “How do we do it now?” We don’t just put out a single and hope for the best — there’s streaming and things to consider.

On some level, were MPL’s publishing acquisitions a reaction to not owning your own Beatles songs?

I think so. John and I felt screwed out of our rightful recompense. With our original agreement with Dick James, Dick went to us and said, “You can have your own company.” And we were young boys — we were young and foolish, but we were beautiful! And we said, “Wow, great.” So he gave us our own company, Northern Songs, which was 49% us, 51% him, which gave him voting control. Later, we went to him a couple of times and said, “Dick, now that we’ve done all this stuff, can we have a raise?” And he basically said, “I’m sorry, I can’t — you’re under contract.” I now know he could’ve just said, “I’ll give you a new contract.” So when I had the opportunity to have another publishing company so cleanly, this was great.

Speaking of movies, did you see Yesterday? What did you think?

That began when Richard Curtis, who [directed]Love Actually, wrote to me with the idea. And I thought, “This is a terrible idea,” but I couldn’t tell him, so I said, “Well, that sounds interesting — good luck.” Than they asked if I wanted to see a screening

You saw it in a normal theater?

We were in the Hamptons in the summer and there it was, so we got two tickets and walked in when the cinema went dark. Only a couple of people saw us. We were in the back row, giggling away, especially at all the mentions of “Paul McCartney.” A couple of people in front of us spotted us, but everyone else was watching the film. We loved it.