Trending
You are at:Home»News»Robbie Robertson Explains The Band Documentary

A documentary film long in the works called Once Were Brothers: Robbie Robertson (born July 5, 1943) and The Band is now a joint venture between Ron Howard and Brian Grazer’s

The film — set to be released theatrically this fall and on Canadian on-demand subscription service Crave early next year — is directed by Daniel Roher (Survivors Rowe) and will be executive produced by Martin Scorsese along with Grazer and Howard.

The 75-year-old Robertson, who was inducted into the Canadian Music Industry Hall of Fame Thursday night (May 9) at Toronto’s Canadian Music and Broadcast Industry Awards, has an incredibly busy year, including finishing a new solo album, scoring the music for Scorsese’s new film, The Irishman, remixing music for the 50th anniversary reissue of The Band album, and writing the follow-up memoir to 2016’s Testimony. 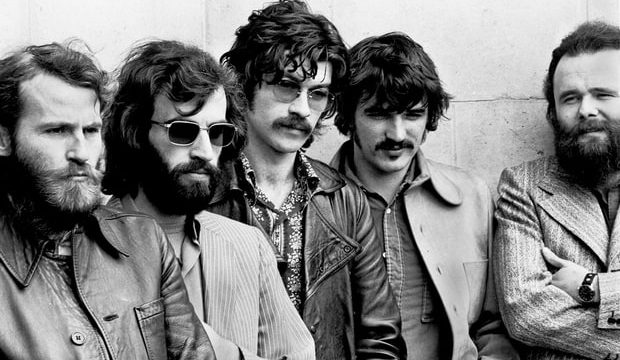 Of the documentary, he told Billboard: “It’s highlyinfluenced by Testimony and, and as the filmmakers have gone deeper and deeper into that world, it has taken in more things than just what I was talking about in telling this story. The people that are working on it are fantastic. I’m honored to have Imagine Entertainment behind this. This project originated in Canada and the filmmakers were the ones that came to me and said, ‘We have to make this documentary.'”

Besides his most recent Canadian Music Industry Hall of Fame induction, Robertson has the Grammy’s Lifetime Achievement Award, as well as lifetime awards from the National Academy of Songwriters and the Native American Music Awards.