Trending
You are at:Home»Music»24 hours»‘I Majored in Mouth’: How Little Richard Invented the Rock Star

Rob Sheffield looks back on how Little Richard’s big mouth and chaotic ego paved the way for every rock star who would follow.With his “A-wop bop-a-loo-bop, a-lop bam boom” battle cry, the late singer-pianist embodied an irrepressible rebel spirit that inspired everyone from John Lennon to Jimi Hendrix

He was the loudest and wildest and rudest of the Fifties pioneers, the most flamboyantly and untamably free. He invented the rock star.When John Lennon was asked in 1970 by Rolling Stone’s Jann S. Wenner about his taste in music, Lennon simply replied, “A-wop bop-a-loo-bop.”

That battle cry — the opening holler of “Tutti Frutti” — kicked off Little Richard’s career in 1955. It was the sound of a poor gay black kid in Macon, Georgia, announcing to the world that his time had come, exploding with falsetto screams and piano-stomping flash and a six-inch pompadour. As Little Richard told Rolling Stone in his legendary 1970 cover story, “I came from a family where my people didn’t like rhythm & blues. Bing Crosby, ‘Pennies From Heaven,’ Ella Fitzgerald, was all I heard. And I knew there was something that could be louder than that, but didn’t know where to find it. And I found it was me.”

He famously had the biggest mouth and the most chaotic ego in the music world. There’s a great scene in the 1987 Chuck Berry documentary, Hail Hail Rock & Roll, where Berry is talking about the old days with Bo Diddley and Little Richard. Chuck complains about his royalties, joking, “I majored in math.” Little Richard yells, “I majored in mouth!” – Read the  article  here

He gave McCartney tips on how to scream in tune and paved the way for everyone from Otis Redding to Prince. Richard Penniman showed the world how rock’n’roll could be a manifesto for personal liberation 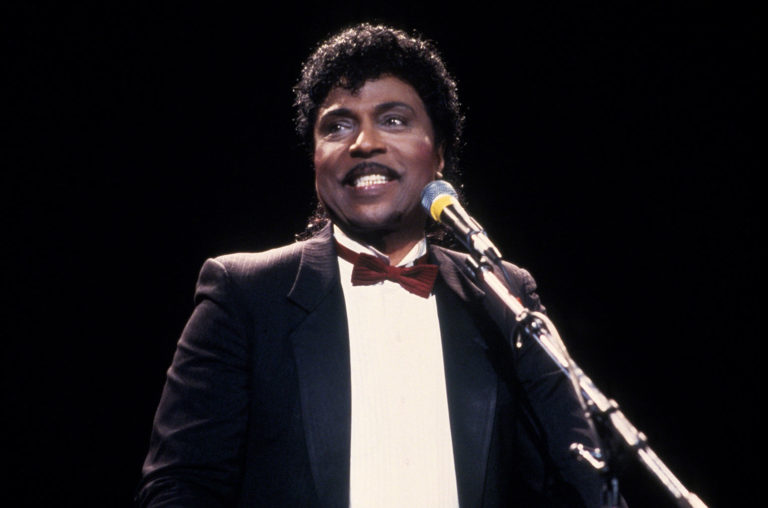 Mourners gathered at Oakwood University to pay their respects, many wearing face masks and standing a few feet apart at the outdoor service at the school’s cemetery.

Born Richard Penniman, Little Richard not only helped create rock n’ roll — and therefore heavy metal — but as a gay African-American during the Eisenhower era, he successfully broke through multiple barriers to achieve his success.

The first time I heard Little Richard, it changed my life. It went through me like a bazooka (Dion di Mucci)

I’m very sorry to hear about Little Richard. He was there at the beginning and showed us all how to rock and roll. He was a such a great talent and will be missed. Little Richard’s music will last forever.
Love & Mercy, Brian pic.twitter.com/kcak6Rf4Re

So sad to hear that my old friend Little Richard has passed. There will never be another!!! He was the true spirit of Rock’n Roll! pic.twitter.com/yU1EJmjejU

God bless little Richard one of my all-time musical heroes. Peace and love to all his family. 😎✌️🌟❤️🎵🎶💕☮️ pic.twitter.com/H2lzKbX3tm

I’m so saddened to hear about the passing of Little Richard, he was the biggest inspiration of my early teens and his music still has the same raw electric energy when you play it now as it did when it first shot through the music scene in the mid 50’s. When we were on tour with him I would watch his moves every night and learn from him how to entertain and involve the audience and he was always so generous with advice to me. He contributed so much to popular music. I will miss you Richard, God bless.

Starting with “Tutti Frutti” in 1956, Little Richard cut a series of unstoppable hits – “Long Tall Sally” and “Rip It Up” that same year, “Lucille” in 1957, and “Good Golly Miss Molly” in 1958 – driven by his simple, pumping piano, gospel-influenced vocal exclamations and sexually charged (often gibberish) lyrics. “I heard Little Richard and Jerry Lee Lewis, and that was it,” Elton John told Rolling Stone in 1973. “I didn’t ever want to be anything else. I’m more of a Little Richard stylist than a Jerry Lee Lewis, I think. Jerry Lee is a very intricate piano player and very skillful, but Little Richard is more of a pounder.”

RIP Little Richard, a very sad loss. My thoughts are with his loved ones.⁣
⁣
It’s Little Richard’s songs that pioneered rock’n’roll. I got to hear him and his band at the Newport Lounge in Miami and boy were they good. ⁣ pic.twitter.com/JXgahhJAfk

Although he never hit the top 10 again after 1958, Little Richard’s influence was massive. The Beatles recorded several of his songs, including “Long Tall Sally,” and Paul McCartney’s singing on those tracks – and the Beatles’ own “I’m Down”

Lest anyone doubt Little Richard’s relevancy to heavy music, Metal Injection points out that Motörhead’s Lemmy Kilmister openly cited him as one of his greatest influences. In a 2011 Chicago Tribune profile, Kilmister said that “Little Richard sang how I felt. I was 12 years old when I first heard him and that music, and I felt it was mine.” Later that same year, Kilmister told Louder Than War that Little Richard “was the king.”