Trending
You are at:Home»News»Carmine Appice create an infectious remake of the Rod Stewart “Do Ya Think I’m Sexy?”

Iconic rock drummer and composer Carmine Appice has joined forces with one of the most in-demand multi-instrumentalists, Fernando Perdomo to create an infectious remake of the Rod Stewart megahit, “Do Ya Think I’m Sexy?” The Appice Perdomo redux of the song is driven by a pulsating reggae rhythm and a guitar melody line which makes the track work as an instrumental. (excerpt from The Bravewords) 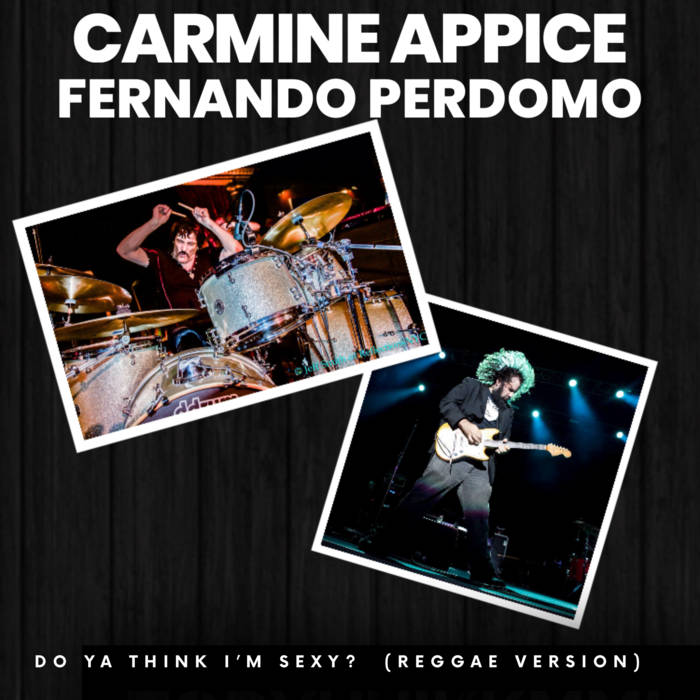 The new version of the song was released this week and can be streamed on Bandcamp, Spotify, Apple Music, TikTok, Pandora, Amazon, Instagram, YouTube, Tidal, iHeartRadio, and other platforms.

Says Appice: “This version of Sexy reggae was inspired by the days when playing live with Rod we did a reggae thing in ‘Maggie May.’ I love reggae and thought ‘Sexy’ would be great as a reggae vibe.”

“Who does not love ‘Do You Think I’m Sexy?’” asks Perdomo. “In these crazy times a song like this is much needed to bring back that feeling you get dancing or roller skating to this evergreen masterpiece. I am honored Carmine asked me to help him update this song for today. The melody is magical and it really translated well to the reggae genre. I hope listening to this song is the best five minutes of your day.”

Carmine Appice has been a staple on rock scene since his debut with Vanilla Fudge in 1967.  He has also fronted a number of successful rock acts such as Cactus, Blue Murder, and King Kobra. He formed Beck, Bogert & Appice in 1972 with Jeff Beck and Tim Bogert and was the long time drummer for both Ozzy Osbourne and Rod Stewart, whom he co-wrote “Do Ya Think I’m Sexy,” and “Young Turks”