Footage has emerged of Rod Stewart apparently doing a ‘nazi’ salute and punching a security guard.

Dailymail EXCLUSIVE: Rod Stewart, 75, is seen on film ‘performing a Hitler salute before punching a security guard’ at Florida hotel on New Year’s Eve after pulling faces and dancing around staffers

Stewart appears to be having a discussion with a security guard, during which he seems to make a Nazi salute with his right arm, holding his left hand to his face like a moustache. He then seems to throw a punch at the guard with his right arm, before the fight is swiftly broken up

Rod Stewart appears to punch security guard Jessie Dixon in an altercation on New Year’s Eve, according to footage obtained exclusively by DailyMail.com 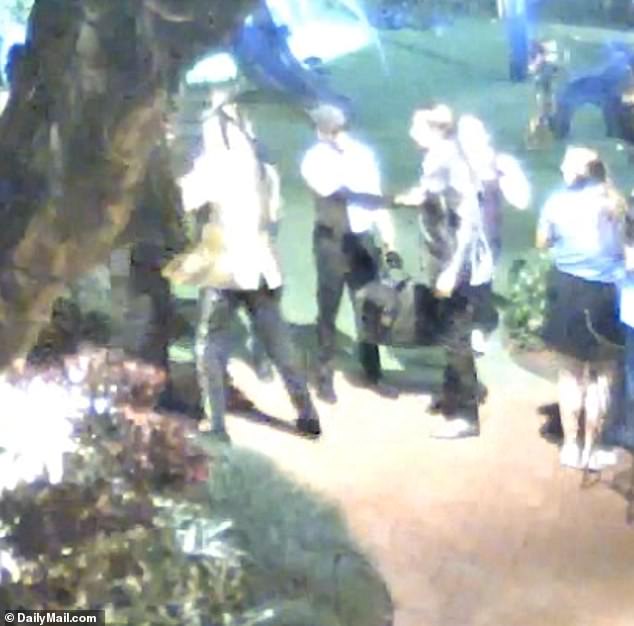 The singer’s son Sean gets into Dixon’s personal space and appears to push Dixon backwards with both hands
Stewart, 75, then gets involved and appears to throw a left hook at Dixon but it’s unclear from the footage whether the rocker’s fist connected with Dixon

The police report has Dixon claiming Stewart struck him on his chest
The father and son were charged with simple battery, a misdemeanor that could land them up to a year in jail, but they pleaded not guiltyYou’re In My Heart: Rod Stewart With The Royal Philharmonic Orchestra, is set for release on November 22nd. It’s centered around hits like “Maggie May,” “Forever Young,” “The First Cut Is The Deepest” and “Reason To Believe,” but he also recorded the new song “Stop Loving Here Today,” premiering at Rolling Stone.