Guns N’ Roses members Rose and Stradlin show up for the Beggars Banquet closer, “Salt of the Earth.” Clapton comes on for the Howlin’ Wolf song “Little Red Rooster,” which the Stones recorded in 1964. Slowhand remained onstage while blues legend Hooker led everybody in a run-through of his song “Boogie Chillen’.”

This latest release from the band’s archives via Eagle Rock Entertainment has been restored, remixed and remastered and will be available on multiple formats from September 25. Pre-order here. Watch a video trailer below.

Additionally, a double A-sided 10” picture disc of “Rock And A Hard Place” (Live from Atlantic City) and “Almost Hear You Sigh” (Live from Tokyo Dome) will be released for Record Store Day’s second drop date of the year, on September 26. This format will be exclusive to independent record stores all over the world. 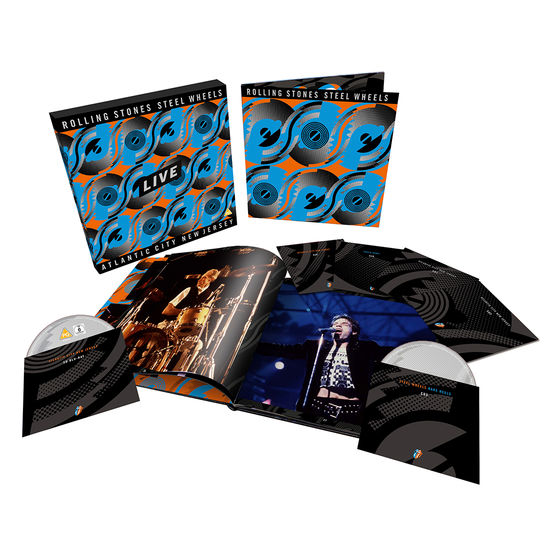 I would hate to come out with something that’s not startling” Mick Jagger stated about the launch of the 1989/90 Steel Wheels Tour. The Rolling Stones delivered on that promise in this Atlantic City Convention Center tour stop in December ‘89.

Having not hit the road for most of the 80s, The Steel Wheels Tour was an astounding return for the Rolling Stones, not least as it was the longest tour they had by that point undertaken. It was also to be their last with Bill Wyman. Steel Wheels Live was recorded towards the end of the band’s 60-date run through the stadiums of North America, in the second half of 1989.
The gate-busting ticket sales were one thing, but the stage and lighting design of The Steel Wheels Tour set the pace for superstar tours as we know them today. Special guest appearances from Axl Rose, Izzy Stradlin, Eric Clapton and John Lee Hooker on this Atlantic City date make this an even more extraordinary document of the band’s return to touring. 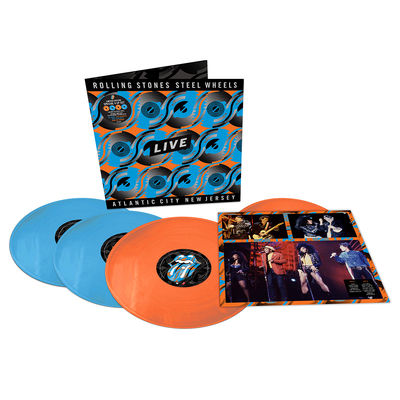 According to Billboard   The Rolling Stones can add one more to the list. Their three-year, three-leg No Filter Tour wrapped on Aug. 30, 2019 at Miami’s Hard Rock Stadium. And with the final numbers reported, they now are the only artist to have two tours among Billboard’s all-time top 10. According to figures reported to Billboard Boxscore, The No Filter Tour grossed $415.6 million and sold 2,290,871 tickets, joining A Bigger Bang Tour on the list of the top 10 highest grossing tours in Boxscore’s history.

What makes us believe that this could be the last time the Stones will go on stage? First of all, the age.Their combined age in 301 years.  Ronnie (72) underwent surgery for lung cancer, Mick (77) a heart valve, Charlie (78) treated a throat tumor. Keith (76)? he’s trying to achieve immortality.

But of course, the Stones now are old men, and have been, it seems like, for practically forever.And unlike the Beatles, who called it quits before they ever put a foot wrong, the Stones have — amazingly — never actually broken up. There’s never needed to be a reunion tour, because although the Jagger-Richards relationship has often been antagonistic — like many good creative partnerships — it’s never completely gone off the rails.

But if it’s easy to tease the Stones about their senior-citizen status, their longevity also demands respect. No, they don’t write and record new songs — or at least, they don’t release it yet as far as Keith Richards stated that the new album should come out this fall.