Trending
You are at:Home»News»Ozzy Osbourne to release 24 vinyl box set of 173 songs

Ozzy Osbourne  will soon release  whole new way to experience the  career-spanning 24 vinyl box set of 173 songs and b-sides,  is due out this November.

The box set is commemorative of all of Osbourne’s solo work, from Blizzard of Ozz to Scream and everything in between — including live performances, b-sides and other material previously unreleased on vinyl, like a demo version of “See You on the Other Side.” The 16 albums will span over 24 hand-pressed, multi-color splatter vinyl LPs.(loudwire) 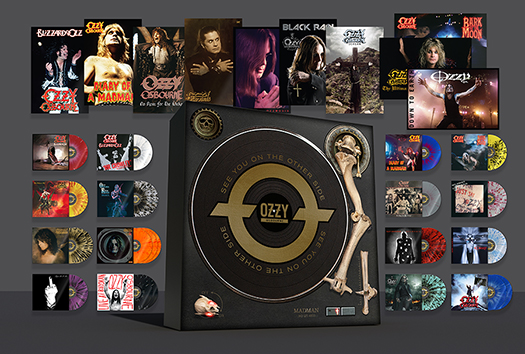 “This one’s the most elaborate collection so far,” Osbourne enthuses. “It’s very well thought out and well put together. It’s got everything in there that you possibly could want, and some surprises along the way. The sound of a vinyl record is different, and I do believe that vinyl sounds better.”

In addition to music, the set is packed with 10 posters and 12 augmented reality experiences that feature live performances and video content. It’s topped off with a certificate signed by Osbourne himself.

It’ll feature all 10 of Ozzy’s solo albums along with the Mr Crowley EP, the Tribute double live album, the Just Say Ozzy EP, Live & Loud and Live At Budokan, while a collection on non-LP tracks titled Flippin’ The B-Side will also be included.

A flexi-disc with a never-before-released demo of See You On The Other Side will also be in the box.

Each disc will be presented on hand-pressed, multi-coloured splatter vinyl, while the box set will come with 10 newly designed 24 x 36 posters, 12 augmented reality experiences – details of which will be revealed in the near future – and each will be signed by Ozzy himself. 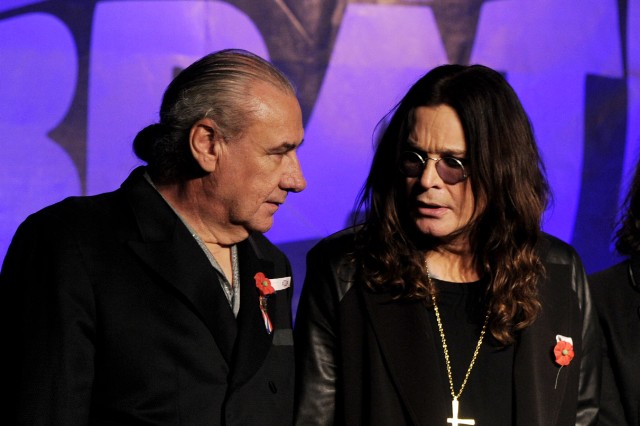 The full list of vinyl (all of which contain the original track-listings) is as follows:

Flippin’ The B Side (a new collection of non-LP tracks)

Side A
“You Looking At Me Looking At You
Originally from the “Crazy Train” UK 7” single, released 1980

“Hero”
Originally a hidden track from the “No Rest For The Wicked” US CD and cassette release, released 1988

Side B
“Party With The Animals”
Originally from the “Mama I’m Coming Home” US CD single, released 1992

“Living With The Enemy”
Originally from the “Perry Mason” UK CD single, released 1995

“Voodoo Dancer”
Originally from the “I Just Want You” UK CD single, released 1996

“Back On Earth”
Originally from “The Ozzman Cometh” compilation, released 1997

“No Place For Angels”
Originally from the “Gets Me Through” CD single, released 2001

“Walk On Water”
Originally released on “Prince Of Darkness,” released 2005