Trending
You are at:Home»Music»24 hours»Bruce Springsteen’s Drunken-Driving Charges Are Dismissed

The singer-songwriter appeared Wednesday by videoconference to face federal charges in New Jersey. He pleaded guilty to drinking in an area where it was barred and was fined $540.

“Mr. Springsteen, I need to ask you how long you need to pay the fine,” the judge, Anthony R. Mautone, said “I think I can pay that immediately, your honor,” Mr. Springsteen answered.

(The NEW YORK TIMES) Prosecutors dismissed the two most serious criminal charges that the rock icon Bruce Springsteen was facing — drunken driving and reckless driving — during a brief videoconference on Wednesday in federal court in New Jersey.

Mr. Springsteen, 71, pleaded guilty to the least serious charge, drinking alcohol in a closed area where it is barred. He was fined $540.

The rock legend also only had a blood alcohol level of 0.02 — well under New Jersey’s legal limit of 0.08, according to the Asbury Park Press, citing a source familiar with the case.

“The defendant would be considered presumptively not impaired,” the assistant U.S. attorney, Adam Baker, said during a 22-minute hearing conducted over Zoom, a videoconferencing app.“That test is not required by law,” Mr. Baker added, “and he did submit to the legally required breath test when he was at the ranger station.”

The “Born to Run” singer, 71, was riding his motorcycle in the Gateway National Recreation Area in Sandy Hook on Nov. 14. A source close to Springsteen told the New York Post that he was spotted by fans who asked him to pull over and take some pictures. 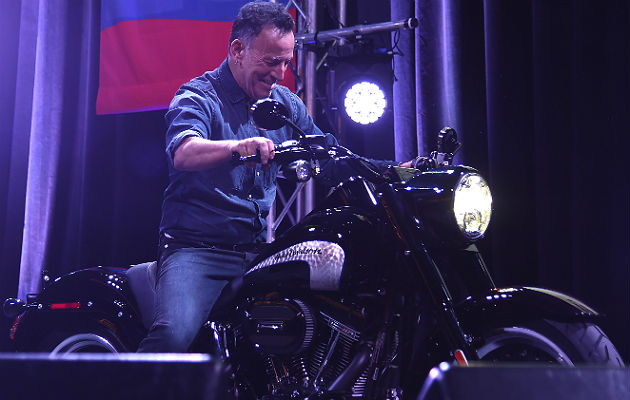 “Bruce stopped, took the pictures, then a fan offered him a shot of liquor, which he took, while sitting on his bike, which was stationary” the source told the New York Post.

Law enforcement sources told TMZ . the Boss was arrested on November 14 at Gateway National Recreation Area in Sandy Hook, NJ. Springsteen was cited for DWI, reckless driving and consuming alcohol in a closed area. He’ll have a court appearance coming in the next few weeks.

We’re told the rock icon was cooperative throughout the arrest. As far as we can tell, this is his first arrest for DWI.

After TMZ broke news of Springsteen’s arrest Wednesday, Jeep pulled from YouTube and other social media its Super Bowl commercia

The DWI news comes on the heels of a different first for Bruce — he was featured in his first-ever commercial on Super Bowl Sunday for Jeep.

Bruce Springsteen, who traditionally shuns any kind of corporate tie-in, has partnered with Jeep for “The Middle,” a two-minute ad that debuted on the car brand’s social media platforms at midnight ET on Sunday (Feb. 7) and will air during the Super Bowl. 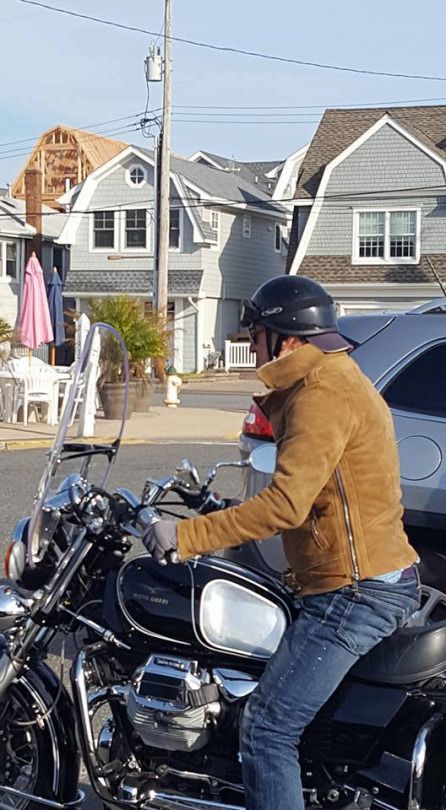 “Freedom, it’s not the property of just the fortunate few. It belongs to us all…it’s what connects us and we need that connection… we just have to remember the very soil we stand on is common ground,” as he lights a candle in the chapel.

Bruce Springsteen: ‘Diet is 90 percent of the game but sometimes I have fun too’

“The biggest thing is diet, diet, diet,” Springsteen said. “I don’t eat too much, and I don’t eat bad food, except for every once in a while when I want to have some fun for myself. So I think anybody that’s trying to get in shape, exercise is always important of course, but diet is 90 percent of the game.” (eu.appcom)

“I don’t do that much right now,” said Springsteen of his current weight-lifting regimen. “I lift a little weight to stay toned. I may get on the treadmill. I walk. I don’t run anymore.”

A post shared by Max's Bar and Grill (@maxsbarandgrillnj)

“(Springsteen) had a hard time sleeping at night, so I’d sit up watching TV with him while he wolfed down all this junk food: sodas, cakes, all this horrible stuff,” Lozito said.

The Freehold native ate a lot of chicken when he lived with Steven Van Zandt in Asbury Park in the early ’70s.

“Remember Chicken Delight? I don’t think they have them anymore,” said Springsteen onstage at the Wonder Bar in Asbury Park in 2015. “We now got Cluck-U Chicken.”

His eating habits changed in the late ’70s, according to Carlin, when Springsteen hired fan Obie Dziedzic to be his Gal Friday. She straightened things out by adding vegetables, salads and more to his diet. The Boss’ weightlifting regimen in the ’80s — which began after he started running — wouldn’t have been successful without a solid dietary foundation. A leaked copy of his rider from the 2002 Rising tour shows Springsteen eating whey powder, soy milk, protein shakes and bananas, strawberries and blueberries backstage at his shows.