Trending
You are at:Home»News»Legend Rick Wakeman Returns To Prog On New Album ‘The Red Planet’

Keyboard legend Rick Wakeman & THE ENGLISH ROCK ENSEMBLE will release “The Red Planet” on April 3. The album features eight newly composed pieces, specially for this project, and harks back to Wakeman’s critically acclaimed debut album “The Six Wives Of Henry VIII”, where there were six heavy keyboard pieces based around a central subject matter. It is a serious return to “Wakeman prog.” Excerpt from Babblermouth- to read the full article click here)

Rick has blown the dust off his favorite analog keyboards and has used the same formula he devised when making his legendary albums “The Six Wives Of Henry VIII” and “Criminal Record”. 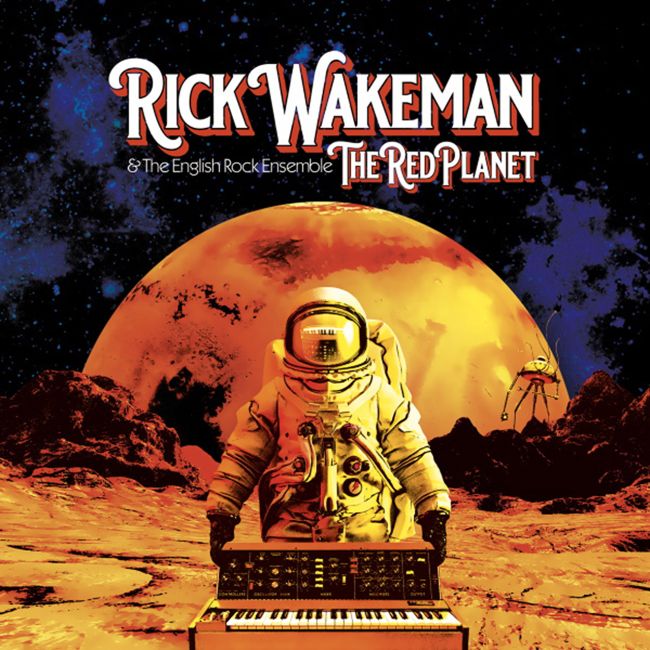 Upon being asked about the expectations of his prog fans who are hoping he will have shoved the “prog fader” up to 11, Rick replied: “That could be a problem…. as it’s already at 14!!!”

“The Red Planet” was produced by Rick Wakeman and Erik Jordan. It is the first release on the newly formed R&D MultiMedia, which is a transatlantic partnership between music business veteran and longtime Wakeman sidekick Rob Ayling and rock journalist and producer Doug Harr.

Professional musician, keyboard player, songwriter, broadcaster and raconteur, Wakeman’s career started as a much-in-demand session player, who performed on recordings by David Bowie, Elton John, Lou Reed, Al Stewart and hundreds more artists. His big break came in 1971 when he joined YES, who went on to become the most successful prog rock band in the world, but Wakeman has also always gone his own way outside the framework of that group.

In the seventies, he achieved chart-topping success with solo albums such as “Journey To The Centre Of The Earth”, “The Six Wives Of Henry VIII” and “The Myths And Legends Of King Arthur And The Knights Of The Round Table”, which cumulatively sold over 10 million copies in North America alone.