Trending
You are at:Home»Mixed»The Rolling Stones In Incendiary Exhibition at Chase Contemporary

Chase will showcasing vintage posters, art, and memorabilia spanning the 1960s through the 2000s, this exhibit is intended to celebrate the history of Rock & Roll while exploring the evolution of design and art as it relates to music. The installation is on view at 231 10th Ave. from November 27th, 2020 through January 10, 2021. 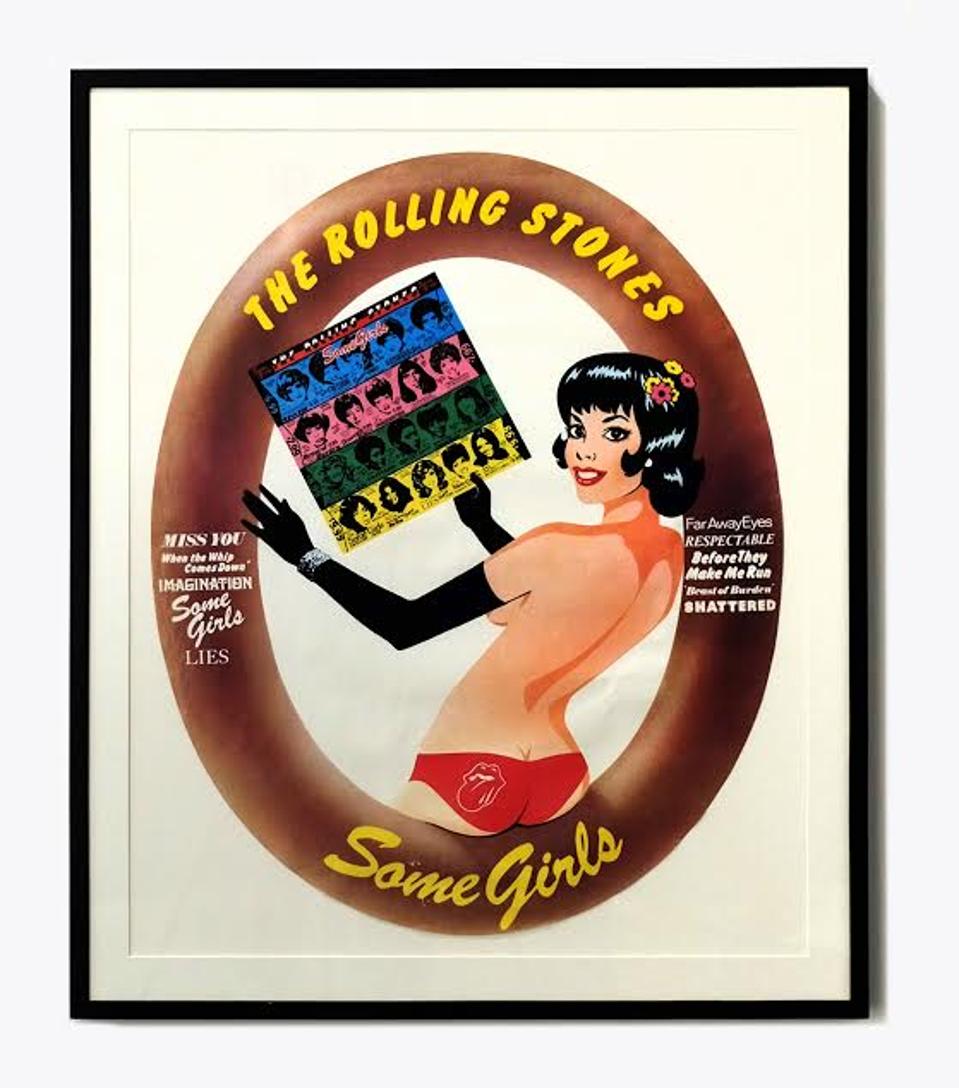 Fine art and music converge in Bernie Taupin’s American Burka (2004), a wrapped fabric, twine, wire, barbed wire, lock on mannequin. Best known for his long-term collaboration with Elton John, Taupin attributes his passion for visual art to his mother, Daphne. He started displaying and selling his massive, mixed media, contemporary assemblages, at art fairs and galleries throughout the United States and Canada in 2010.

The gallery exposes never seen lyrics and notes by The Rolling Stones, along with rare photographs of The Rolling Stones by Peter Beard from 1972, when Beard was commissioned by Rolling Stone Magazine to document the tour “Exile on Main Street.” Also on display is a series of 14 colored drawings created for the Beatles’ very first music video in 1966, a 1984 painting by Mark Kostabi used for the Ramones final album cover, and a series of small format photographs of rock music icons by Ron Galella.
Full photogallery HERE

Beatles enthusiasts will share words of love for a series of 14 colored drawings created for the Fab Four’s first music video in 1966. Pop up your quiver with a surfboard painted and signed by Paul McCartney for a charity auction that benefited Surfers Against Sewage in 2008.

Most items in the show hail from the personal collection of Bernie Chase, owner and founder of Chase Contemporary, said gallery director Isabel Sullivan. Chase, founder of the Symbolic Collection, hosted Ronnie Wood: A Major Retrospective of 50 Years of Rock and Roll, presenting many of the same pieces for sale now, at his former London gallery in 2012.