Trending
You are at:Home»Fashion»Diana Ross to play ‘legends’ slot at Glastonbury 2020

Diana Ross will play the Sunday afternoon “legends” slot at Glastonbury 2020, her first performance at the festival.

“To all my fans across the world, this is my tribute to you,” Ross said. “Every concert feels like a private party, I can see your eyes and feel your hearts. I’m coming to Glastonbury, with love.”

This year Kylie Minogue made her Glastonbury debut 14 years after she cancelled a headline slot in 2005 when she was diagnosed with breast cancer.

Ross is the first act to be announced for Glastonbury 2020. Tickets for the festival sold out in 34 minutes when they went on sale on Sunday, with a record-breaking 2.4 million people trying to secure one of the 135,000 places available.

That gig, at Petworth Park in Sussex, reportedly ended after 50 minutes when the singer took exception to fans filming the show on their phones.

Assuming she avoids a repeat of that incident, Ross’s Glastonbury set is bound to be a major crowd-pleaser.

The untold story of the Supremes -Excerpt from The New York Post – to read the full article click hereBy Christopher Petkanas –
Sean Spicer, the former White House press secretary, is not the only contestant on the new season of “Dancing With the Stars” with a special kind of celebrity wattage

Mary Wilson, a founding member of the Supremes, is also a competitor — at age 75. Viewers should get ready for liberal lashings of old-school dazzle and a sense of déjà vu. There is barely a black female pop act — Destiny’s Child, Janet Jackson, Janelle Monáe, Solange Knowles — (let alone a white one) that hasn’t taken a page from the Supremes look book. 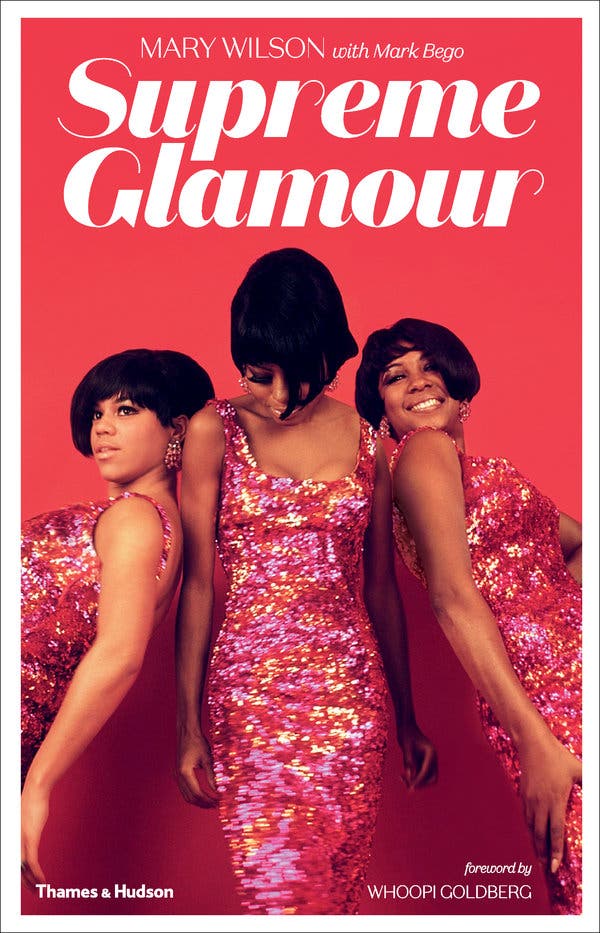 Before the Supremes, as Harold Kramer, the former curatorial director of the Rock & Roll Hall of Fame in Cleveland, notes in the book, no black act “had ever set out to utilize visual signifiers that made them palatable to a white audience.”

Ms. Wilson agreed. “Our glamour changed things,” she said. She was wearing all black — leggings and a stretch top with cold-shoulder cutouts — and one of her many wigs, a dead-straight chestnut number with full bangs. “We were role models,” she continued. “What we wore mattered.”

Her claim is that she and her partners knew exactly what they were doing from the beginning.

Ms. Wilson said that when she, Ms. Ross and Ms. Ballard were signed to Motown Records in 1961, they already had style. “They had a lot to work with,” she said. “As Maxime Powell, who ran the label’s famous finishing school, used to say: ‘You girls are diamonds in the rough. We are just here to polish you.’”

When the Supremes broke in 1964, black singers like Lena Horne and Eartha Kitt performed in deliberately seductive evening dresses, but they were older, solo artists. Ms. Wilson and her colleagues were barely out of their teens and wielded the visual power of three, often in grown-up second-skin gowns freighted with beads and sequins.