Rock music is littered with hundreds of myths about musicians. Some of the most famous examples include stories that have been exaggerated and made popular by the media. These include false tales such as the suggestion that Cass Elliot choked to death on a ham sandwich, that Keith Richards underwent a blood transfusion to rid himself of a heroin addiction, that Marilyn Manson is Paul Pfeiffer from The Wonder Years, that Mick Jagger, Marianne Faithfull, and a Mars bar were caught in a compromising position, and that Michael Jackson purchased the bones of Joseph Merrick (Elephant Man).

It can be difficult to sort out fact from fiction when dealing with the turbulent history of famous rock stars as the stories are often falsified. This article will discuss ten of the most famous true rock stories. All of the entries are based around events that actually occurred. However, some have still been embellished by certain people.

10 Dylan, The Beatles, and a Joint 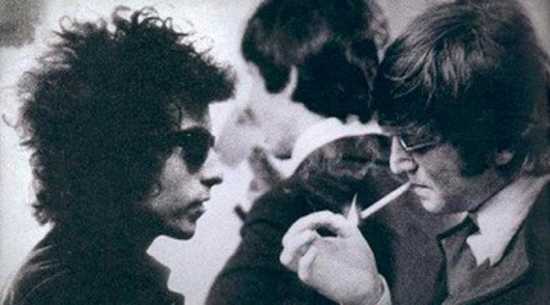 In late August of 1964, The Beatles started their first official U.S. tour. The group began at Cow Palace in San Francisco and finished at the Paramount Theatre in New York. On August 28-29 The Beatles played at Forest Hills Stadium in New York and were befriended by Bob Dylan. The two parties were introduced by the writer Al Aronowitz at New York’s Delmonico Hotel.

After a brief chat with The Beatles, Bob Dylan asked John, Paul, Ringo, George, and Brian Epstein if they wanted to smoke a joint. Epstein looked apprehensive and said that the band hadn’t tried marijuana for years. Dylan was immediately surprised because he had been under the impression that they smoked weed because of the song I Want to Hold Your Hand. He mistook the lyrics “I can’t hide” with “I get high.”

The Beatles were never one to back down from a new experience and agreed. Lennon took the joint and passed it to Ringo whom he called his “royal taster.” Ringo smoked the entire thing, not knowing the tradition of sharing the joint between people. In response, Dylan rolled a joint for each of The Beatles and they smoked. During the event it was reported that Epstein said “I’m so high I’m on the ceiling. I’m up on the ceiling.” McCartney got more philosophical and asked Mal Evans to write down everything he was saying. 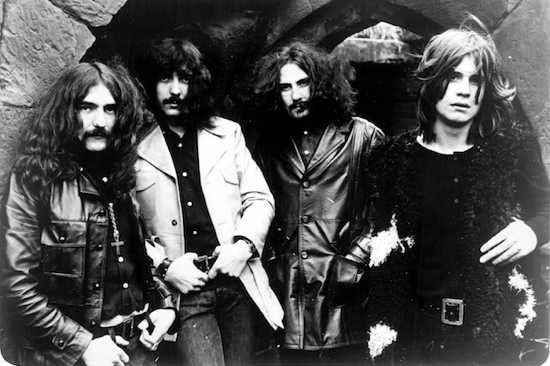 In 1982, Ozzy Osbourne got drunk and urinated on a cenotaph erected in honor of those who died at the Alamo in Texas. He was arrested for the act and banned from the city of San Antonio for a decade. In 1984, Ozzy joined Mötley Crüe on the road and the tour has been called one of the “craziest drug- and alcohol-fueled tours in the history of rock and roll.” During their time in hotel rooms, Ozzy and Nikki Sixx of Mötley Crüe underwent a competition to see who could be the most extreme. After Sixx set himself on fire, Osbourne responded by snorting a line of ants off the pavement. After he snorted them up, some of the ants came out his mouth. The event was highlighted in a book written by Sharon Osbourne. Many accounts say that the ants were fire ants, but this is not confirmed.

8 Bowie and Jagger in Bed A week after the interview, Angela Bowie went on television and said that although she had seen Mick Jagger and Bowie naked, it didn’t necessarily mean they weren’t sleeping. She clarified: “I certainly didn’t catch anyone in the act.” Some people have linked the event to the 1973 Rolling Stones hit song Angie. However, David Bowie said it best: “About 15 or 16 years ago, I really got pretty tired of fending off questions about what I used to do with my penis in the early ’70s. My suggestion for people with a prurient interest is to go through the 30 or 40 bios on me and pick out the rumor of their choice.” 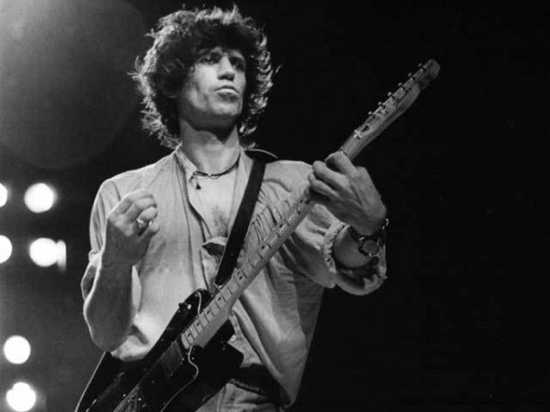 In April of 2006, Keith Richards made headlines when he fell out of a tree in Fiji and suffered a bad head injury. The event caused a delay in The Rolling Stones tour, but Richards made a full recovery. The following year Keith made international headlines after he was asked by a journalist what the strangest thing he ever snorted was. Keith responded: “My father. I snorted my father. He was cremated and I couldn’t resist grinding him up with a little bit of blow. My dad wouldn’t have cared. It went down pretty well, and I’m still alive.” 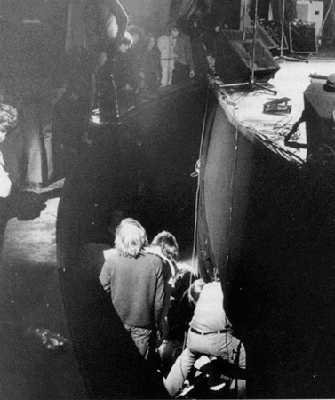 A week after the casino fire, Frank Zappa and The Mothers played at the Rainbow Theatre, London, with rented gear. During the encore of the show, an audience member rushed the stage and pushed Zappa into the concrete-floored orchestra pit. It was a long fall and Zappa was nearly killed. He suffered serious fractures, head trauma, and injuries to his back, legs, and neck. He crushed his larynx, which caused his voice to drop a third after healing. Zappa was lucky to survive the event and was forced to use a wheelchair for an extended period. The assailant was a man named Trevor Howell who told reporters that he believed Zappa was eying his girlfriend. 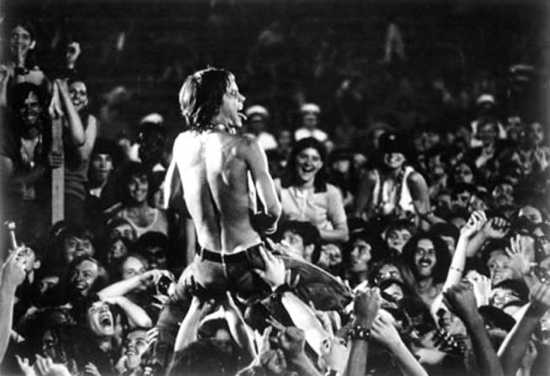 On February 9, 1974 The Stooges performed at Detroit’s Michigan Palace. It was the band’s last show together before they broke up for three decades. Before the 1974 concert,

The concert finally ended after Iggy Pop focused his attention on one particular heckler and said: “Listen, asshole, you heckle me one more time and I’m gonna come down there and kick your ass.” The biker told Pop to come over, so Iggy jumped off the stage and confronted him. The biker continued to beat the crap out of Iggy, which ended the event. Luckily, the concert was captured on a reel-to-reel tape machine and recorded live. In 1976, The Stooges released the recording in an album titled Metallic K.O. It is the only rock album where you can hear beer bottles breaking against guitar strings. The album remains a favorite among Iggy Pop fans.

3 Jim Morrison in Concert
Jim Morrison was one of the most charismatic singers in the history of rock music. He was a smart man and had a genius-level I.Q. of 149. Morrison was a great poet and was known for using spoken word poetry passages during his live performances. Jim would sing and then talk with the crowd. He was a social rebel that suffered from severe drug and alcohol abuse. Morrison had the ability to spark riots and shifted the behavior of a crowd with his intense emotional sound. For this reason, Jim became a target for music censorship and was closely monitored by the U.S. government. He was accompanied by police on stage during many venues 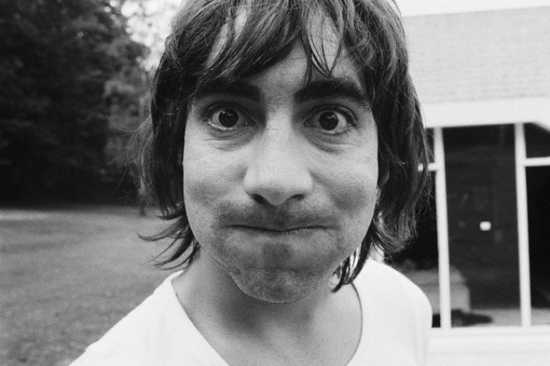 Keith Moon had no problem fitting in with the lifestyle of a rock star. He had an erratic personality and gained the nickname “Moon the Loon.” In one famous performance Moon filled his clear acrylic drums with water and goldfish, and dressed like a cat. He was a jokester and Moon’s ability to make his bandmates laugh around the vocal microphone led to him being banished from the studio when albums were being recorded. In response, Moon would sneak into the studio and join in the singing. He can be heard on several tracks, including Bell Boy, Bucket T, and Barbara Ann. He is the high backing vocals on Pictures of Lily.

Keith Moon was known to demolish hotel rooms and was incredibly destructive. He would often throw furniture from high buildings and set objects on fire. However, his favorite hobby was blowing up toilets with explosives. The blasts would destroy the toilet and often times disrupt plumbing to the hotel. It has been estimated that Moon’s destruction of toilets and plumbing ran as high as UK£300,000 (US$500,000). Moon was banned from several hotel chains including all Holiday Inn, all Sheraton, all Hilton Hotels, and the Waldorf Astoria.

According to Tony Fletcher’s biography, Moon was quoted: “All that porcelain flying through the air was quite unforgettable.” Fletcher wrote: “no toilet in a hotel or changing room was safe,” until Moon had detonated his supply of explosives. In one case, hotel management asked Moon to turn down his cassette player. In response, he asked the manager up to his room and blew up the toilet right in front of him. Moon then turned the cassette player back up and said: “This is The Who.”

In 1967, Keith Moon allegedly drove a Cadillac or Lincoln Continental into a Holiday Inn pool. In 1973, The Who was performing at the Cow Palace in San Francisco and Moon passed out during the show. Townshend noticed that he was sleeping and asked the audience, “Can anyone play the drums? I mean somebody good.” An audience member named Scot Halpin stepped up and finished the concert for Moon.

Ringo Starr once told Keith Moon that his lifestyle would eventually kill him. Moon simply replied “Yeah, I know.” Keith Moon died on September 7, 1978 (age 32) after he ingested 32 tablets of clomethiazole (Heminevrin). The digestion of six pills was sufficient to cause his death. The other 26 were found undissolved in his stomach. This caused some to speculate that Moon’s death might have been on purpose. Officially it was ruled a drug overdose. 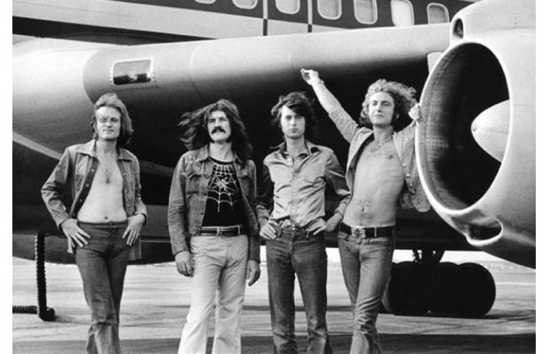 The Edgewater is a hotel in Seattle, Washington that is located on a pier over Elliott Bay. It is currently the only hotel in Seattle that sits over-water. In the 1960s the Edgewater became a popular destination for famous rock stars. Some of the bands to visit the hotel include the Beatles in 1964, the Rolling Stones, Frank Zappa, and Led Zeppelin. The Edgewater is unique because in the past it allowed customers to fish from their rooms on the north elevation.

On July 27, 1969, Led Zeppelin performed at the Seattle Pop Festival and stayed at the Edgewater. The band was known to have wild parties and was often joined by groupies. According to Zeppelin’s road manager Richard Cole, during one incident, things between a fish and a sexy red head got a bit intimate. On the day in question, Cole was in his room fishing with drummer John Bonham when they were joined by some women. Cole and Bonham had caught a large collection of sharks, at least two dozen, stuck coat hangers through the gills and then left them in the closet. The hotel room was also scattered with various types of smaller fish.

In 1973, Led Zeppelin returned to the Edgewater and the band was officially banned from the hotel after it was discovered that they had caught some 30 mudsharks and left them under beds, in closets, elevators, hallways, bathtubs, and all over their rooms. They threw stuff out the windows into Elliott Bay, including beds, TVs, mattresses, lamps, drapes, and glassware. Since that time Robert Plant has been welcomed back to the Edgewater. The mudshark incident remains one of the most popular rock stories from the 1960s. 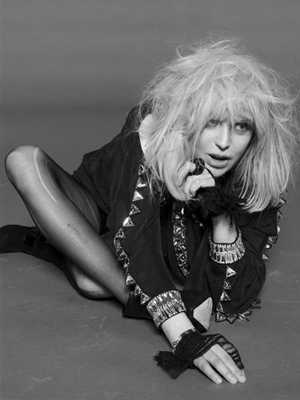 In April of 2012, Courtney Love took to Twitter and provided a rant of crazy remarks. She attacked her daughter and Dave Grohl, the Foo Fighters frontman and former Nirvana bandmate. Love implied that Grohl had intended to have a sexual relationship with Frances and called him “sexually obsessed” with Kurt Cobain. She even voiced her opinion about the upcoming U.S. presidential election and attacked Mitt Romney with some unprovoked and strange accusations.

Courtney threatened to shoot and kill Grohl on two separate occasions. The rant was unprovoked and completely false. Frances is currently engaged to a man named Isaiah Silva. After the comments, Frances responded and said that the social networking website should ban her mother. Grohl said: “Unfortunately Courtney is on another hateful Twitter rant. These new accusations are upsetting, offensive, and absolutely untrue.”