Trending
You are at:Home»Fashion»Rock Stars in their Underpants pictured by Paula Yates

Paula Yates, the enigmatic television presenter and writer, rose to prominence as a music journalist with a column called ‘Natural Blonde’ before going on to present Channel 4 music show The Tube alongside Jools Holland.

WHEN Paula Yates’s lifeless body was found after a night on heroin, it seemed she had always been doomed to a tragic end.

The pain of her INXS rock star lover Michael Hutchence committing suicide and her ex-husband Sir Bob Geldof ­gaining custody of their three daughters has always been blamed for her downfall. 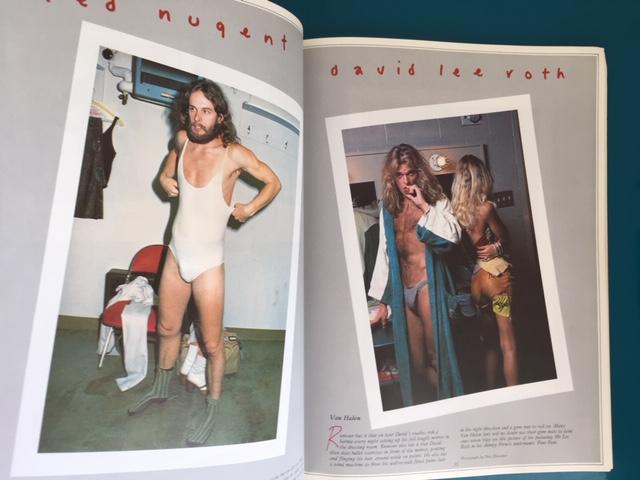 Yates would go on to build a cult following and marry the Boomtown Rats frontman Bob Geldof after a ten-year romance but, sadly, the pair endured a messy divorce just a few years later. Yates would then go on to strike up a whirlwind relationship with Australian musician Michael Hutchence before he tragically committed suicide in 1997 at the age of 37. As Dangerous Minds points out, Andy Warhol had once, perhaps cheekily, described the Underpants book as “the greatest work of art in the last decade.” In her twenties, Yates released a fantastically cheeky book entitled Rock Stars in Their Underpants which perfectly sums up her desire to not take life too seriously. At one point, Andy Warhol comically dubbed the book as ‘the greatest work of art in the last decade.’‘