has announced an expanded edition of his debut solo album ‘Blizzard Of Ozz’ to mark its 40th anniversary.

The record was originally released back in September 1980 and contains the tracks ‘Crazy Train’, ‘Mr. Crowley’ and ‘Suicide Solution’.

This Friday (September 18), the extended version of ‘Blizzard of Ozz’ will land on streaming platforms, boasting the bonus tracks ‘You Looking At Me, Looking At You’ (originally the B-side to ‘Crazy Train’), ‘Goodbye to Romance’ (2010 Guitar & Vocal Mix) and album outtake ‘RR’.

In addition to the expanded album, Osbourne will digitally release the live concert films Live & Loud (1993) and Live at Budokan (2002). These were originally available on VHS/DVD and are rarely found online.

Recently Ozzy has released Ordinary Man”, the title track of his new Epic Records album which features Elton John, Ozzy Osbourne takes a retrospective look at his life and career. Watch the clip below.

In its first week of release, the critically acclaimed Ordinary Man – Osbourne’s first new solo album in ten years – was the #1 rock album in the world, topping multiple charts in its triumphant first week of release. Worldwide, Ordinary Man entered the charts in the Top Ten in seven countries making it the highest charting album of Ozzy’s career.

Speaking on Good Morning America, he said: “It has been terribly challenging for us all. I had to have surgery on my neck which screwed all my nerves. I found out that I have a mild form of Parkinson”the Prince of Darkness held a Reddit AMA session to engage fans and promote his latest release by answering questions from Reddit users. When asked about his plans post-Ordinary Man, the singer revealed that he was actually working on yet another record.

“I am [writing]another album because while I can’t tour, I can make music”, the Black Sabbath icon said. “What I learned from Ordinary Man, it got the juices flowing again. People say they write the best songs when they’re unhappy, and I was unhappy last year. I don’t have a favourite song from Ordinary Man because I was writing a new song every day.” 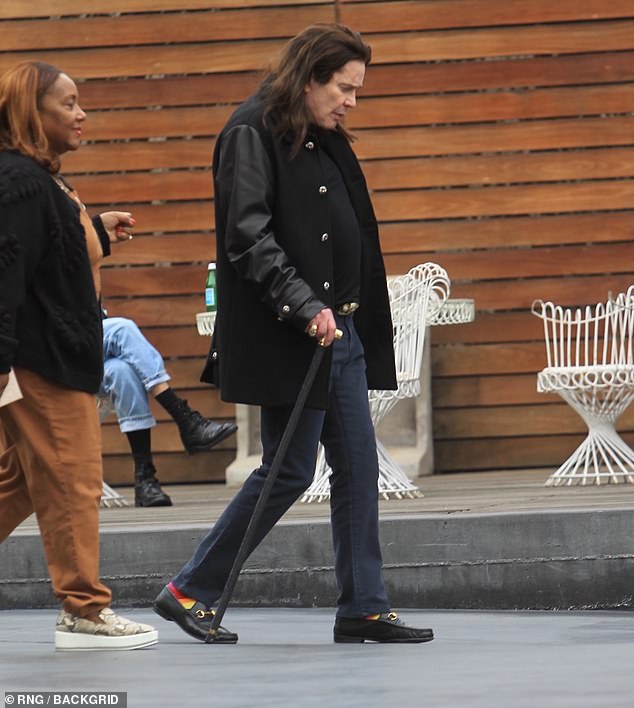 Ozzy Osbourne was spotted out with wife Sharon Osbourne, using a cane to help him walk.

The 71 year old Osbourne was spotted leaving Maxfield in West Hollywood with his 67 year old wife on Monday afternoon.

The Tour originally planned for this year, after being hospitalised with pneumonia and a subsequent fall in January, he had to tweak the date After rescheduling the concerts to take place between January 2020 and March 2020, yesterday he was forced to postpone due to needing more time to recover from the surgery he underwent. Following his fall, the metal rods in his body, which were inserted after a devastating quad bike accident in 2003, became dislodged, putting him back in hospital.