The pair have worked together on a re-release of Beautiful Night. Listen the new version

Excerpt from the interview by Laura Harding, Belfasttelegraph

Paul McCartney has said playing music with Sir Ringo Starr for their first post-Beatles collaboration was “a sort of magic”.

The pair have worked together on the track Beautiful Night, which was part of Sir Paul’s 1997 Flaming Pie album, which is being re-released this month.

He said: “I’d been saying to Ringo for years that it’d be great to do something, because we’d never really done that much work together outside The Beatles.

“One night Jeff (Lynne) suggested, “Why don’t you get Ringo in?” and I said, “OK.” It just sort of happened.

“I had this song Beautiful Night which I’d written quite a few years ago. I’d always liked it but I felt I didn’t quite have the right version of it. “So I got this song out for when Ringo was coming in, and right away it was like the old days. I realised we hadn’t done this for so long, but it was really comfortable and it was still there.

“So we did Beautiful Night and we tagged on a fast bit on the end which wasn’t there before. And as we were coming away out of the studio into the control room, Ringo’s doing like an impression of a doorman… ‘all right then, on your way…’, if you listen closely you can hear we left that in.

“Once we had done Beautiful Night it wasn’t enough, I’d had too much fun and I didn’t want it to stop. So as Ringo was there, playing great and we’d got the sound, I said ‘why don’t we do a bit of jam or something?’ 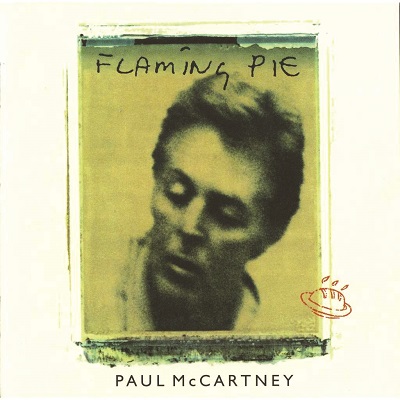 “So I grabbed my Hofner bass, he started up on the drums and Jeff Lynne came in on guitar, the three of us getting a little R&B thing going. And then I did the actor’s worst dream – he’s on stage and he doesn’t know what play he’s in – when you do a jam like that, doing the vocal is exactly that dream, you can just go anywhere, you can sing anything.

“But you’ve really got to clear your mind, forget everything – at the same time as playing the bass – and let your head go to some mystical place. Just totally ad-libbing it all.

“Anyway, when we’d done it I played it back to Ringo and he said ‘It’s relentless’. That was Really Love You.

“In 2019 when I finished touring in Los Angeles, Ringo got up on stage and we were doing Helter Skelter together. And he’s drumming away and I’m singing facing front because I was on the mic.

“But when I wasn’t on the mic, in the solo breaks and stuff, I really made a point of turning round and watching this guy drum.

“And I’m thinking, my god, you know the memories across this 10-yard gap here, him on the drums and me on the bass, the lifetime that’s going on here.

“So, you know, it’s a sort of magic. And he and I these days get quite emotional about it, because we should. We ought to. It’s a bloody emotional thing, the years. If nothing else.”

On July 31, Paul’s critically acclaimed and universally beloved tenth solo album Flaming Pie will be the latest to receive the Archive Collection treatment, being released on formats including a 5CD/2DVD/4LP Collector’s Edition, a 5CD/2DVD Deluxe Edition, plus 3LP, 2LP and 2CD edition