It has been confirmed that Pink Floyd film Delicate Sound of Thunder is returning to cinemas around the world for a one-night-only event on 15 October.

1988 live album and concert film, Delicate Sound Of Thunder, will be reissued on Blu-ray, DVD, two-CD, three-disc vinyl and a deluxe four-disc edition with bonus tracks on Nov 20.

The film was shot in August 1988, in Long Island’s Nassau Coliseum. The 2020 version of the film has been sourced from over 100 cans of 35mm negatives, restored and transferred to digital 4K before being re-edited to match the original.

The three-LP 180-gram vinyl set includes nine songs that weren’t included on the 1988 release of the album, while the two-CD release includes eight tracks more than its original release. The songs and footage were captured during Floyd’s A Momentary Lapse of Reason tour, and the setlist included songs from The Dark Side Of The Moon (including “Time” and “Us And Them”), the title track of Wish You Were Here, The Wall’s “Comfortably Numb” and “Run Like Hell.” 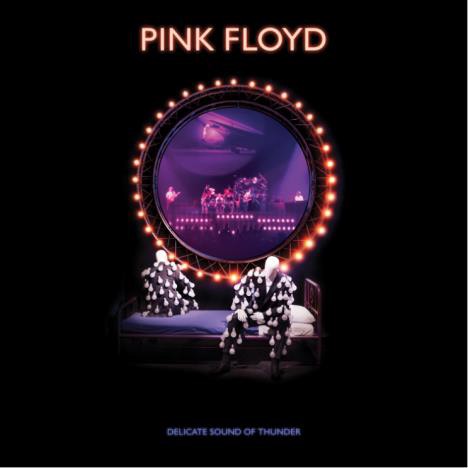 Delicate Sound of Thunder was the first entirely live album by the band and was recorded over five nights at the Nassau Coliseum on Long Island, New York, in August 1988 and mixed at Abbey Road Studios in September 1988.

Find out more at delicatesoundofthunder.com.

The setlist spans the band’s old and new material, including four songs from The Dark Side Of The Moon (Time, On the Run, The Great Gig In The Sky and Us And Them), the track of Wish You Were Here, Comfortably Numb and Run Like Hell. From the then-new A Momentary Lapse of Reason there’s Signs of Life, Learning to Fly, and On The Turning Away.

Released in September 1987, A Momentary Lapse Of Reason was quickly embraced by fans worldwide, who flocked to attend the live tour dates, which started within days of the album’s release. The tour played to more than 4.25 million fans over more than two years, and, as a celebration of the enduring talent and global appeal of David, Nick and Richard (supported by eight other stellar musicians on stage), was unsurpassed at the time.

The song was initially created during the recording sessions for Gilmour’s self-titled debut solo album in 1978, a project that showed some insight into the relationship between the bandmates at the time, suggesting that he required another creative output for his music because he wasn’t feeling fulfilled from Floyd.

However, the track really came to life once Waters had sprinkled his lyrics onto the instrumental track which, incidentally, all came from a huge argument he had with Gilmour. Speaking with Absolute Radio back in 2011, Waters vividly recounted the fight that would provide us with a masterpiece of the highest calibre: “Dave and I, when we were in the South of France where we did most of the recording for The Wall, we had quite a serious disagreement about the recording of ‘Comfortably Numb’.”

He went on to add: “It’s probably one story where his memory and my memory are almost exactly the same. It was that we had made a rhythm track and I loved it and he thought it wasn’t precise enough rhythmically so re-cut the drum track and said ‘that’s better‘ so I went ‘no it’s not, I hate that‘.”

Pink Floyd’s The wall. So, while the music is widely considered to be Gilmour’s work, it is likely that Waters wrote the chords for that line, as well as changed the verses key from E minor to B minor. Lyrics were written by Roger Waters. While many people thought the song was about drugs, Waters insists it is not. Actually, there is no music video on “Comfortably Numb” but an excerpt from “Pink Floyd – The Wall” film is often counted as an official music video for this song.

The lyrics of the song feature interplay between a doctor treating the adult Pink (verses, sung by Waters) and Pink’s inner monolog (chorus, sung by Gilmour). The song has become an essential part of any live set by Pink Floyd.

Co-producer Bob Ezrin spoke to the aforementioned Mark Blake for the same book and discussed in more detail than Waters, adding that Gilmour’s take was more “stripped-down and harder” than Waters which he called “the grander technicolour, orchestral version”.

“That turned into a real arm-wrestle,” Ezrin recalled. “But at least this time there were only two sides to the argument. Dave on one side; Roger and I on the other.” After much wrangling, “the deal was struck,” Blake writes that: “The body of the song would comprise the orchestral arrangement; the outro, including that final, incendiary guitar solo, would be taken from the Gilmour-favoured, harder version.”

A giant wall was constructed across the stage during The Wall tour. The song was performed with Roger Waters dressed as a doctor at the bottom of the wall, and David Gilmour singing and playing guitar from the top of the wall on a raised platform with spotlights shining from behind him.

David used the Black Strat for the two solos. This was David’s main guitar for the most part of his early career. He bought it at Manny’s guitar store in New York in May 1970 during Pink Floyd’s North American tour, because he needed a new guitar after the theft of Pink Floyd’s rig just a couple of weeks earlier.

This guitar has gone through numerous modifications over the years. First and foremost, it wasn’t even originally black, it was repainted at the Manny’s from its original sunburst finish. In the 70s David fitted this guitar with a rosewood neck, but later it was replaced with Charvel maple neck with a Fender logo in 1978.