Trending
You are at:Home»News»The Tragic Romance of Pamela and Jim Morrison

The legendary Doors vocalist lives on in this absorbing dual biography of Morrison and his common-law wife, Pamela, which puts the glamorously doomed couple’s relationship in the foreground. It was Courson who found The Doors singer dead on July 3, 1971

Much of what Butler, a Chicago literary agent, describes has been noted in previous books, such as the 1980 bestseller No One Gets Out of Here Alive, by Danny Sugerman and Jerry Hopkins (who introduces this volume). We are told of Morrison’s intelligence, his iconoclasm and his spectacularly early descent into alcoholism. We read of Pamela’s beauty and of the self-destructive impulses that each brought out in the other.

Some of Butler’s material is new, however, including theories that Morrison was sexually abused as a child and a report that he had a homosexual dalliance with a nightclub owner. 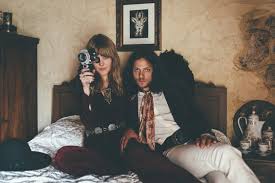 . Butler, who spent six years writing this entertaining tale, will leave at least some readers wondering what it was about the self-proclaimed Lizard King and his muse that merits all the attention.

Readers, whether Doors fans or not, will have a tough time piecing events together chronologically, as this narrative only sketchily covers the background events that shaped and defined Jim and Pam’s world.

Additionally, Butler seems to cast a sentimental and too often uncritical eye on the “tragic lovers’ ” relationship, neglecting to acknowledge that the two were essentially beautiful booze- and drug-addled twentysomethings with money to burn, and that their fatal flaw was not so much being at odds with the material world as it was never having been forced to confront it without help from agents, roadies, groupies, or sycophants. The Doors’ keyboardist and co- founder (with Jim), Ray Manzarek, claims that Pamela and Jim will “go down in history as great lovers,” and that their tale recalls Romeo and Juliet, Heloise and Abelard. Perhaps one could argue that a more fitting, albeit less flattering, comparison might be Sid (Vicious) and Nancy (Spungeon).