Trending
You are at:Home»Fashion»‘Someday, you won’t be able to order coffee without hearing me’

When Brendan Jay Sullivan first met Stefani Joanne Angelina Germanotta on New York’s Lower East Side in 2006, he was struck by her unabashed ambition: this “shy, quiet girl with dark hair” told him that she wanted to be “the biggest pop star in the world”. On tiny stages across New York City, she went by the name of Lady Gaga. 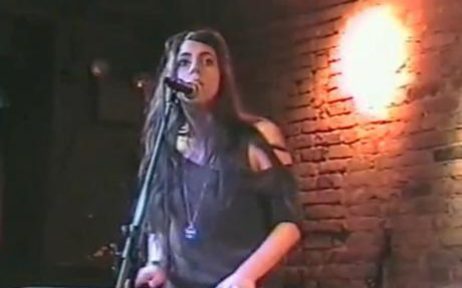 Sullivan, who became Gaga’s DJ back when she was a 20-year-old wannabe working as a go-go dancer in Manhattan, recalls spotting the singer’s “great vision” when he met her at a bar where her then-boyfriend was working.

Gaga she said in 2010 – two years after bombastic hits such as Just Dance and Poker Face made her a superstar – that she once had a boyfriend who told her she’d never succeed. Her riposte? “I said to him, ‘Someday, when we’re not together, you won’t be able to order a cup of coffee at the f—ing deli without hearing or seeing me.”

At this point, Sullivan says Gaga had already made a deal with her father Joseph Germanotta, an Italian-American internet entrepreneur who worked hard to send his daughter to Convent of the Sacred Heart, New York City’s oldest private school for girls, and then to the prestigious Tisch School of the Arts at New York University.

“Gaga and her dad were both Springsteen fans, so they had the language of music to understand each other,” Sullivan says. “She said to him: ‘I love you, but I’ve gotta leave home to do this. I want to become a pop star and I’m willing to do anything to make it happen.’” According to Sullivan, Gaga’s father gave her a year to prove a career in music could be viable – then found her a cheap apartment on Manhattan’s Lower East Side. Gaga’s family home was only a few miles away on the refined Upper West Side, but the move to one of New York’s most creative neighbourhoods was clearly symbolic as well as practical.

Gaga’s new apartment may have been cheap for Manhattan – around $1,100 a month, Sullivan recalls – but she wasn’t living in squalor. “It was a very slim, efficient space but it wasn’t tiny,” Sullivan says. “And the kitchen was bigger than you would expect in a one-person Manhattan apartment – that’s the Italian girl in her, I think.

“Our other friends would just have a couple of take-out containers in the fridge, but Gaga’s place wasn’t like that. After a full night out, she’d roll out hamburger meat into meatballs and bake them, then cook spaghetti on the stove in carefully seasoned water. This wasn’t like some college kid’s version of spaghetti and meatballs – she’d make it all properly.” 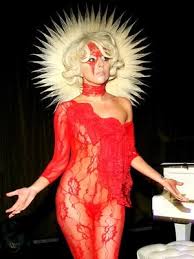 Gaga’s apartment also had “a little production space” where she could record songs she was writing on her two guitars. Though their nightclub act originally had Gaga dancing to records Sullivan would play from the DJ booth, she really found her groove when she started to sing as well. “My biggest contribution was saying to her:

‘You’re a great go-go dancer, you’re a great singer, so why don’t you sing when you dance? So she started coming on around midnight and singing three songs there and then – and it just clicked straight away,”

At this point, Sullivan concedes that Gaga didn’t yet look like a pop star.

Still, there was no denying the singer’s stage presence and chutzpah. “Someone from the club would introduce her and really try to hype her up,” Sullivan recalls. “’Like: ‘You’re gonna be hearing a lot more from this lady, but remember you saw her here first.’ Then Gaga would blow them all away – every single time.”

Though Gaga was clearly a natural performer, Sullivan says her early stage act wasn’t loved by everyone. “Someone like Lana Del Rey, she used to, like, innocently hate Gaga,” he recalls. “Lana came out of the Williamsburg scene in Brooklyn; Gaga came out of the Lower East Side scene [in Manhattan]. Obviously Gaga was getting more attention and playing bigger clubs and Lana just didn’t like her.”

Others criticised Gaga for her choice of stage attire. “When you come out in your underwear and tell everyone: ‘I’m gonna be this huge pop star but tonight I’m playing this crunchy club’, some people are going to say: ‘Who does she think she is?’ But that criticism is the price of glory, you know?”

Gaga’s star was rising fast, but Sullivan says she hit a major stumbling block when she was dropped by her first record label, Island Def Jam. “She had a record deal – she was making it, and she already had some of the songs that went onto her first album [2008’s The Fame],” Sullivan recalls. “But at the time, those label guys were so frazzled from the music industry collapsing due to illegal downloads that they weren’t looking for a totally new artist like Gaga who had the vision to save them.” 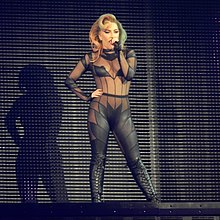 At this point, Sullivan says Gaga’s business-savvy father came to her rescue by “taking over her affairs” and helping to extricate her from the deal relatively painlessly. When her demo tape found its way to Jimmy Iovine, co-founder of Interscope Records, who duly signed her, she became “unstoppable”.

Sullivan’s last hurrah with Gaga was appearing in the music video for her debut single Just Dance. Since then, he’s continued to watch her career closely and says he’s touched by the charity work she does for “young people who feel like outsiders” with her Born This Way Foundation. He also loves Gaga’s new duet with Ariana Grande, Rain on Me, because it represents the positive impact she’s had on other female artists.

At 26, Grande is eight years younger than Gaga and grew up watching her navigate the industry on her own terms. “I remember playing one of Gaga’s songs for another DJ and him saying to me: ‘What is this bullshit 16-year-old girl’s music?’ And I remember saying back: ‘If 16-year-old girls had someone like Gaga to look up to do, you’d never get a date.”