Trending
You are at:Home»Rankings»Queen: the censored video and photos

Censored video and photos of ‘Fat Bottom Girls’ and ‘Bicycle Race’ have resurfaced.

Queen – The Neal Preston Photographs published by Reel Art Press is an official coffee table book featuring classic and previously unpublished photographs – Neal, for many years, was Queen’s official photographer on tour. The book covers the period between 1975-1986, on stage, off stage, on the road and everything in between. Brian May and Roger Taylor are both also contributing to the project.

Bur recently what should have been the original album cover of “Fat bottomed girls” e “Bicycle race”  has re-emerged. On November 16, 1978: during a Queen concert at Madison Square Garden in New York, some topless girls on bicycles enter the scene during the “Bicycle race”. 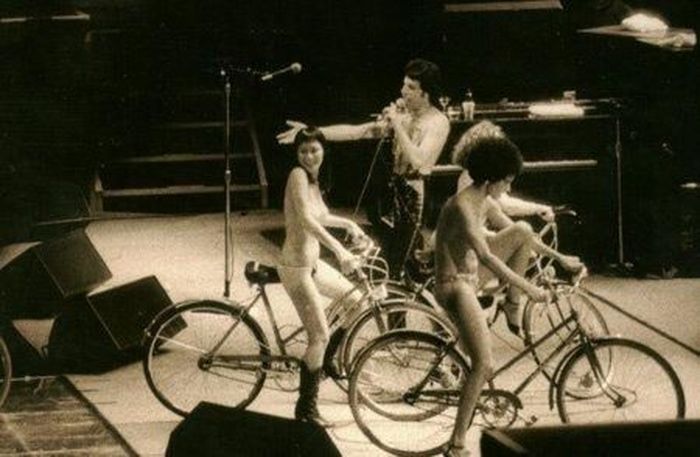 This was originally supposed to be the cover 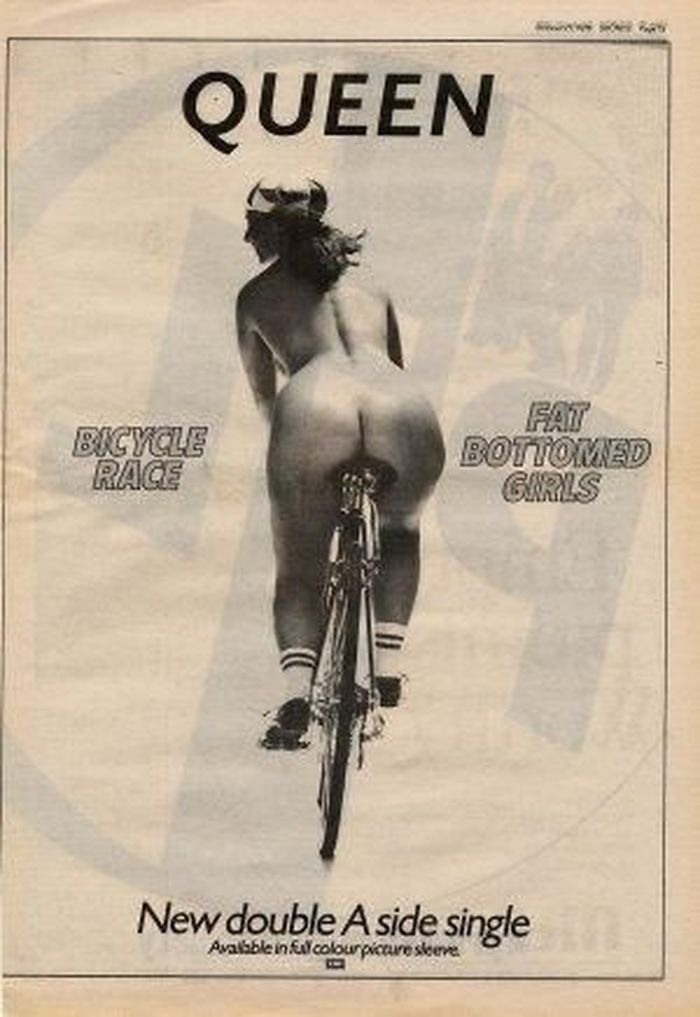 but then it was decided to “modify” it by drawing a pair of red panties around the girl’s butt.

The uncensored image remained on the disc’s commercials, while the album “Jazz” was combined with a poster with the whole group of girls on bicycles. To shoot the video, the band organized – on September 17 of the same year – a ride to Wimbledon Greyhound Stadium, for which 65 models were hired, who toured several times – completely naked – around the stadium track. The first version of the video was distributed in a “censored” form, with the images of the girls polarized to make them less clear and with the inclusion of drawn sequences. The second version, the original one you see below, was released only in 2002.

A legend claims that when the band returned the bicycles they had rented to shoot the video, the rental company demanded that 65 new saddles be paid to replace those used by the girls (which, if they had been kept, would now be collectible objects ).

Brian May recalls: “I just came up with a melody and a few words.
Then it became a song about the girls behind the scenes helping to keep the musicians’ morale high. The groupies, or whatever you want to call them. I remember thinking: ‘But why does everyone like the idea of ​​having casual sex with people who in other situations they wouldn’t want to hang out with? Why does it matter so much to them? Where does this idea come from? ‘ Then I also remember telling myself that Freddie had to sing it, and that I would write it so that you could understand it at will.