Trending
You are at:Home»News»Jefferson Starship to release first album in 12 years

Jefferson Starship have revealed the first details of Mother of the Sun, the psychedelic rock band’s first full-length album in 12 years. (Rolling Stone)

Co-founder and longest-tenured member David Freiberg teased the album on a recent appearance on the podcast Kyle Meredith With… During a conversation centered on the 45th anniversary of Red Octopus, Jefferson Starship’s sophomore album, Freiberg said, “Actually, we have a new one coming out. I guess it’s actually going to start coming out next month…But yes, it’s called Mother of the Sun.”

He hinted that a lead single, co-written by former member Grace Slick along with guitarist Jude Gold and lead singer Cathy Richardson, was scheduled to drop in July. “We have some lyrics from Grace on this,” Freiberg said. “It’s called ‘It’s About Time’, which will probably be our first single. It’s about how it’s time for women to run the world, because look what’s happened!” 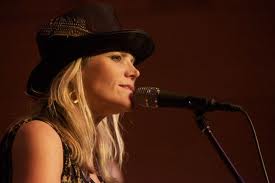 He further explained that the project came together after the death of co-founding member Paul Kantner in 2016; the five remaining bandmates received the blessing from Kantner’s family to continue on playing under the Jefferson Starship name. During the COVID-19 pandemic, Freiberg said, the band has been so desperate to perform together that they’ve been filming collaborative videos in lockdown.