McCoy Tyner, the legendary jazz pianist who played with John Coltrane and went on to a long solo career, has died at 81.

The death of Tyner, known as one of the most influential figures in jazz, was announced on his Facebook page.

Along with his five Grammys, Tyner’s accolades include the National Endowment of the Arts’ Jazz Master Award in 2002 and a Heroes Award from the Philadelphia Chapter of the Recording Academy which also recognized him with the key to the city of his birth.

“McCoy was an inspired musician who devoted his life to his art, his family and his spirituality,” the statement read. “McCoy Tyner’s music and legacy will continue to inspire fans and future talent for generations to come.” 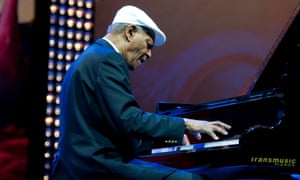 Tyner was born in 1938 and began studying the piano at the age of 13. He joined the John Coltrane quartet in 1960. “We got along very well,” Tyner later said of his relationship with Coltrane. “We had a good feeling for each other, similar conceptually as far as music was concerned. I knew that is where I needed to be. I was really anxious and excited about it.”

A Philadelphia native, Tyner began studying piano at age 13. He was only 21 years old when he was recruited by Coltrane, after a short stint in Benny Golson and Art Farmer’s Jazztet, to join his nascent quartet. Over the next few years, Tyner’s thunderous sound became a signature element on several of Coltrane’s greatest works – some of which, like 1961’s “My Favorite Things” and 1964’s “A Love Supreme,” are among the most influential jazz albums ever released – alongside drummer Elvin Jones and bassist Jimmy Garrison. He was the quartet’s last surviving member.

After leaving Coltrane’s band in 1965, Tyner released a number of records as a bandleader, largely for Blue Note (most notably 1968’s “Expansions”). But it wasn’t until the early 1970s, after signing a record deal with the Milestone label, that Tyner began to forge his own distinct legacy. “Sahara,” released in 1972, saw Tyner (here playing flute and Japanese koto as well as the piano) attain considerable commercial success, as well as collecting his first Grammy nominations. A live set from the following year, “Enlightenment,” and 1974’s “Atlantis” further cemented his reputation as one of the decade’s most esteemed and forward-thinking jazz musicians. Later albums such as “Fly With the Wind” incorporated fusion elements with musicians including drummer Billy Cobham and flautist Hubert Laws.